You’ve got to check out this amazing cinnamon rolls recipe!  Push pop containers are a fun new way to serve cupcakes, cookies and other sweet treats.  We wanted to bring the popular push pop containers to breakfast and brunch with Cinnamon Roll Push Pops.  These would make such a fun breakfast after a slumber party or a sweet birthday morning treat. 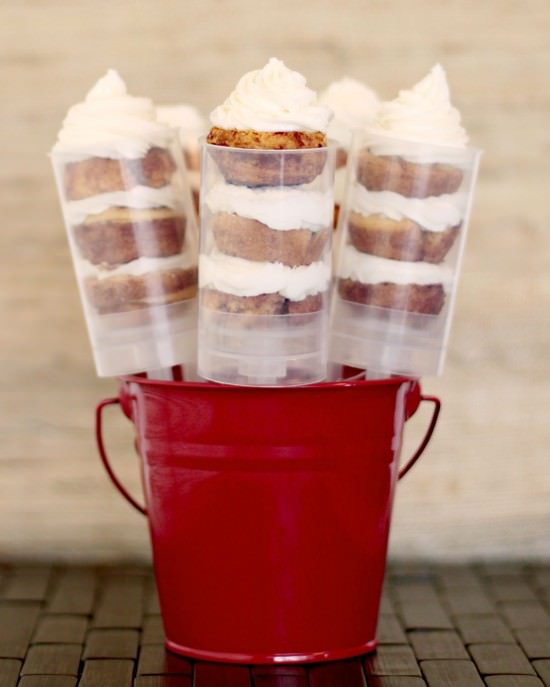 Push pop containers are available online from shops such as CupKate’s Event Designs and are very simple to use.  Mini cupcakes fit perfectly inside the containers, so if you can make it in a mini muffin/cupcake pan, you can put it into a push pop container.

To make Cinnamon Roll Push Pops you can start with your favorite cinnamon roll recipe or simply use a can of refrigerated cinnamon rolls.   You will need a mini muffin pan that you have generously sprayed with cooking oil to bake your cinnamon rolls in. 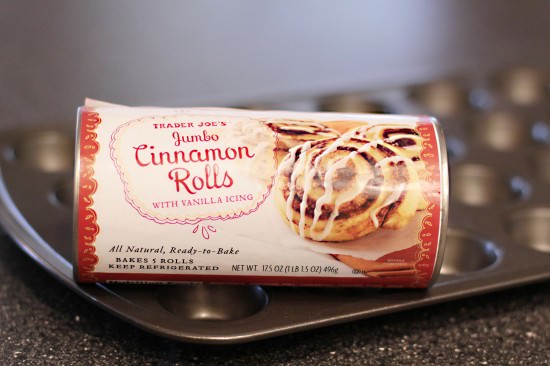 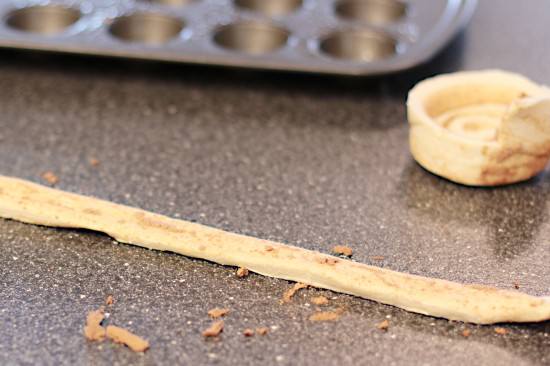 Cut the strip of cinnamon roll in half lengthwise. 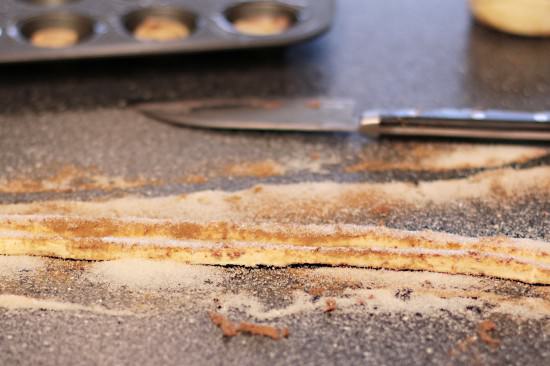 Roll your dough into about a 1″ cinnamon roll that will fit into your generously greased mini muffin pan.   You can get between 2-4 mini cinnamon rolls from each strip of your dough. 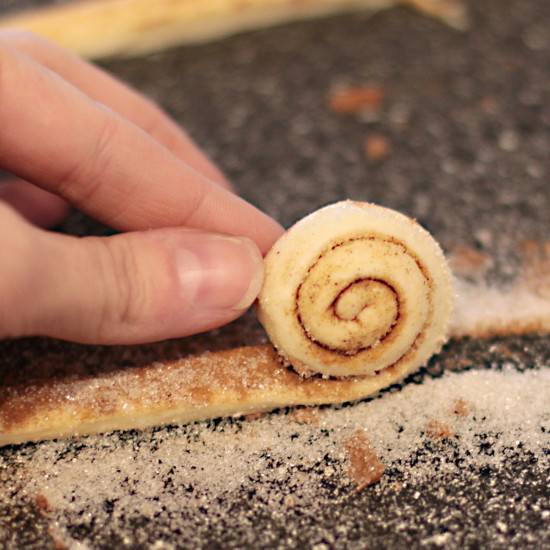 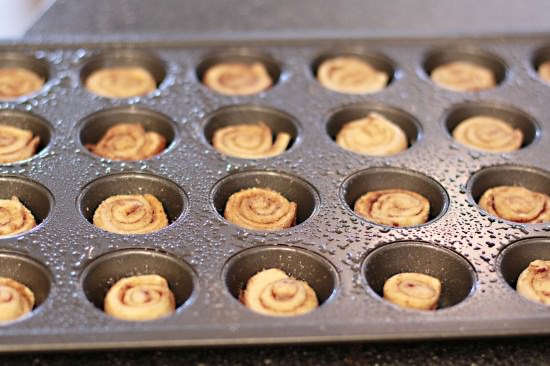 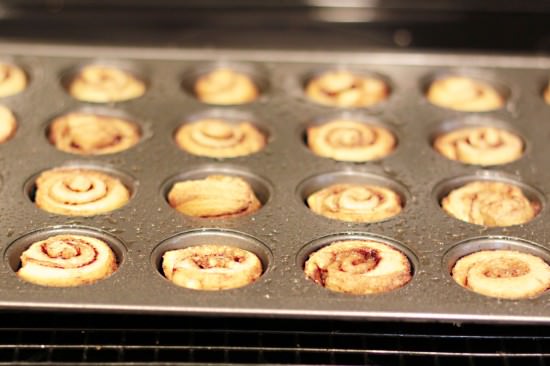 After allowing to cool slightly, remove the cinnamon rolls from the pan.  Do not let them cool completely or they will not want to come out of the pan. 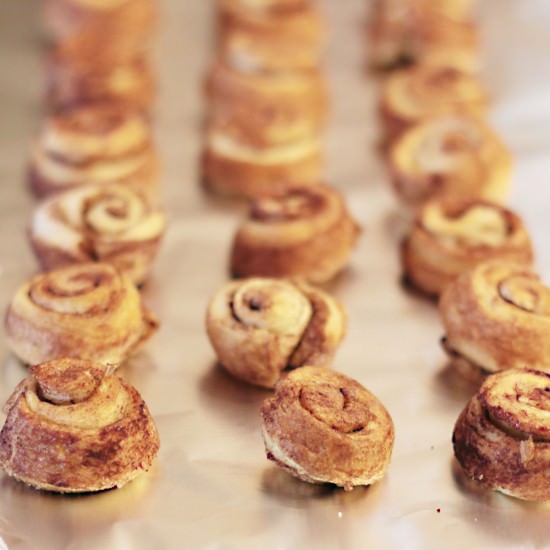 While the cinnamon rolls are cooling, you can prepare your favorite frosting or icing.  You could use the icing that comes in the canned cinnamon rolls, you can use a canned premade frosting or you can make your own.   I made my favorite buttercream frosting.   The easiest way to assemble your push pops is to put your frosting into a pastry bag so that you can pipe the frosting into the containers.   If you don’t have a pastry bag, a large Ziploc bag works just fine.   You can use a decorating tip, or simply snip an end off of the bag to pipe the frosting through. 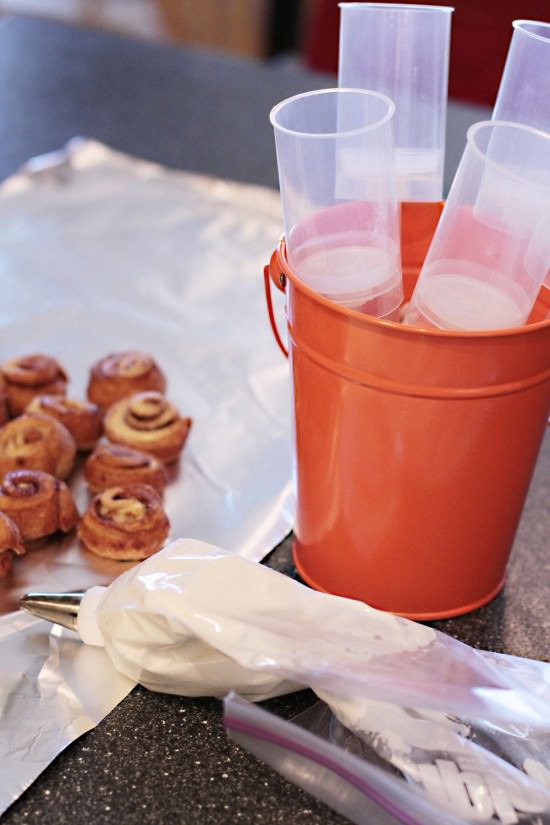 You will now layer your cinnamon rolls and frosting. 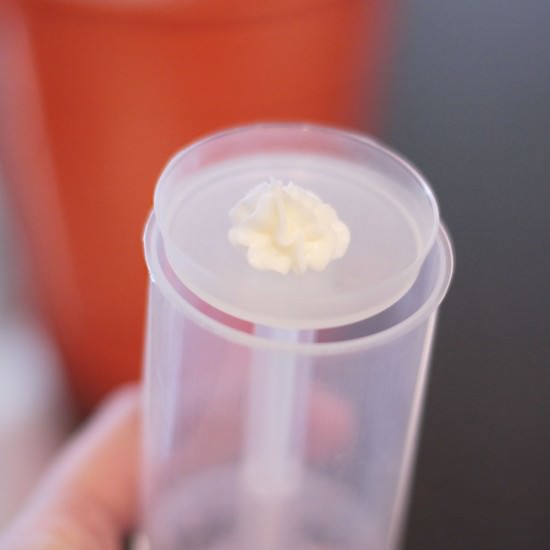 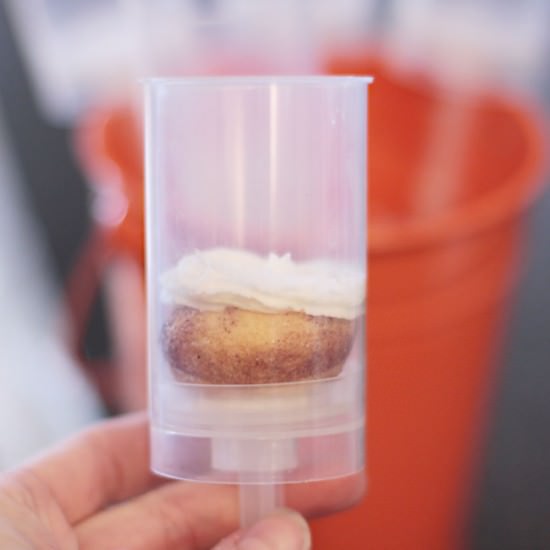 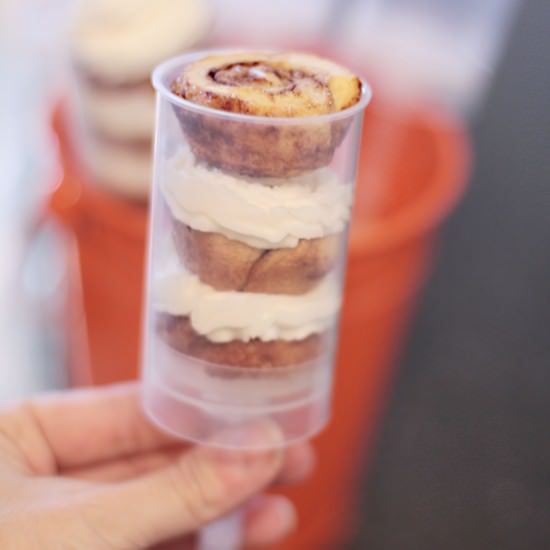 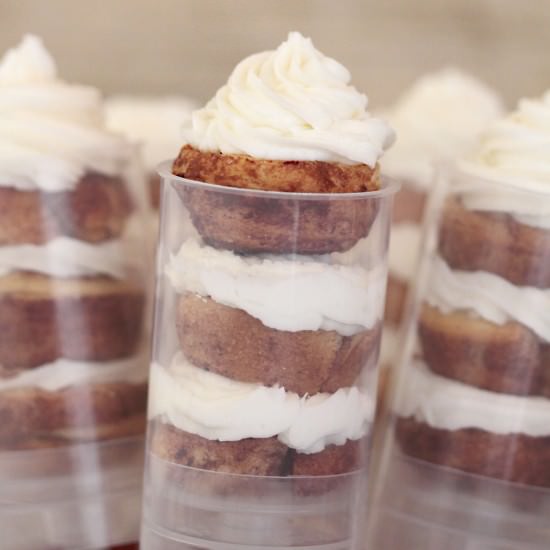 Now you have a sugar and spice treat that’s as sweet to display as it is to eat.   If you are looking for more cinnamon roll treats, check out the great collection of cinnamon roll recipes at Love From The Oven! 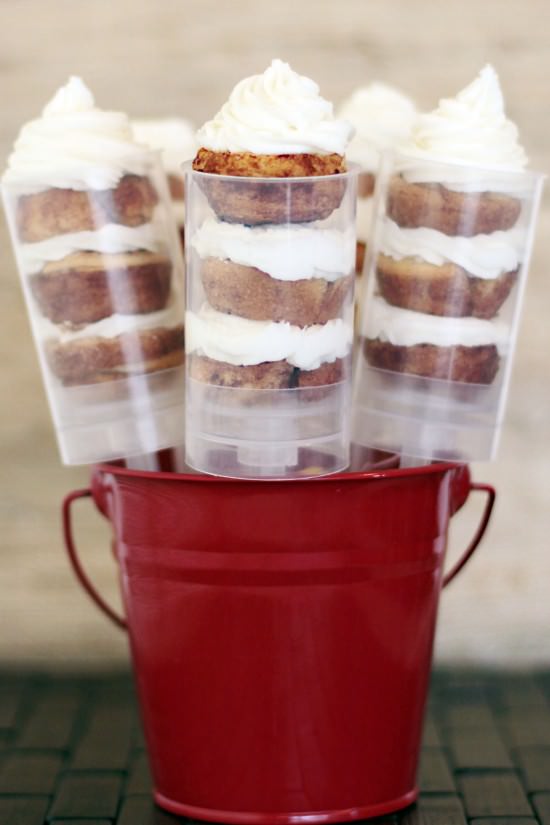 Interested in trying out some Push Pops of your own? Then you are in luck. One of you will get {30 Push Pop Containers} just for commenting on this post. CupKATE’s Event Design is hooking you up because clearly we all know that you can’t make Push Pop Creations without Push Pop Containers.

To enter to win, simply leave a comment below telling me what you’d put in the push pop!

**Be sure to let me know what bonus entries you did in a separate comment for each one.

PSST.  Next week here on Tip Junkie we are show casing a whole lineup of Push Pop Ideas!