** Be sure to enter to win the newest and coolest yarn introduced by The Red Heart Yarn Company.  Giveaway ends Friday!

The fabric created with single crochet is beautiful in itself, and versatile if you think about washcloths, sweaters, blankets, and scarves. I love the density and texture it creates. But as you move on to the other stitches things really start to get interesting, especially because you can combine them!

As I mentioned in my previous articles, the really nice thing about crochet is that the stitches build on each other. If youve learned the motion of a chain stitch its just a matter of the number of times you yarn-over and pull the yarn through to create the other crochet stitches. So if youve been practicing your chains and single crochets youll be amazed at what you can do next. 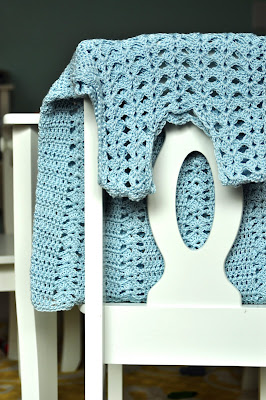 How to Double Crochet

Double crochet seems to me to be the most prevalent stitch in the patterns I pick. I guess it makes sense for apparel, which is most of what Im crocheting. Double crochet gets the credit for the popular shell stitch (which well go over next week) and many of the other crochet patterns. Its pretty all on its own too.

A double crochet stitch (abbreviated dc) starts off differently from a single crochet in that before you insert your hook you yarn over. This creates two loops immediately: the working loop you started with and then the yarn over. 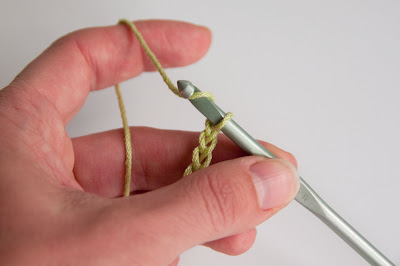 You can see more how-to photos at the end of this post. And here is a great video illustrating double crochet. 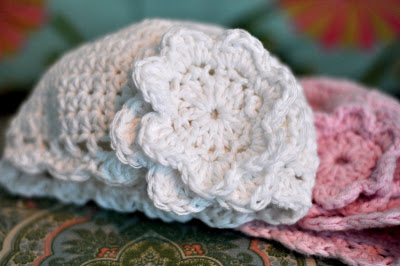 How to Half Double Crochet

This stitch is like it soundshalf a double crochet! It is a great in-between height compared to single and double crochet stitches. Half double crochet (abbreviated hdc) is very popular for projects such as baby hatsI use it in my Best Baby Cloche. It produces a bit more texture and openness to the fabric without being too lacy. And it works up fast! 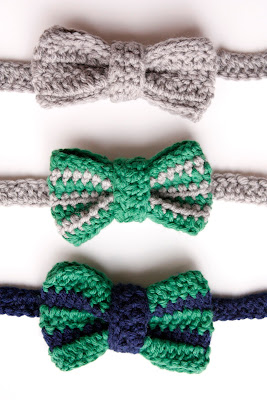 Step 1: How To Crochet: Introduction to this Fabulous Craft
Step 2:  Basic Crochet Stitches and a Ruffled Scarf Pattern
Step 3: How To Double Crochet  {crochet stitches}
Step 4:  Next week… Triple Stitch and how to increase and decrease!

Anneliese shares her creative, authentic, and inspiring creations at Aesthetic Nest.  She is driven to beautify the space around her, and has a knack for creating gorgeous, original items that enhance her space.  At Aesthetic Nest, youll find a creative journal where Anneliese showcases things she makes including sewing, knitting, crochet, cooking, painting (not often enough), room decorating, and party designing.