As always, the Tip Junkie Party blog has THOUSANDS of birthday party cake and party themes so you can always search there if you’re looking for something in particular.

1.  DIY Pinewood Derby Trophy ~ Turn scraps of wood and toy cars into trophies to give each pinewood derby winner.

3.  DIY Pinewood Derby Track ~ Learn how to build a pinewood derby race track with this step by step tutorial.

5.  How to Build a Pinewood Derby Track ~ Your derby cars will be zipping down this race track in no time with this amazing tutorial. 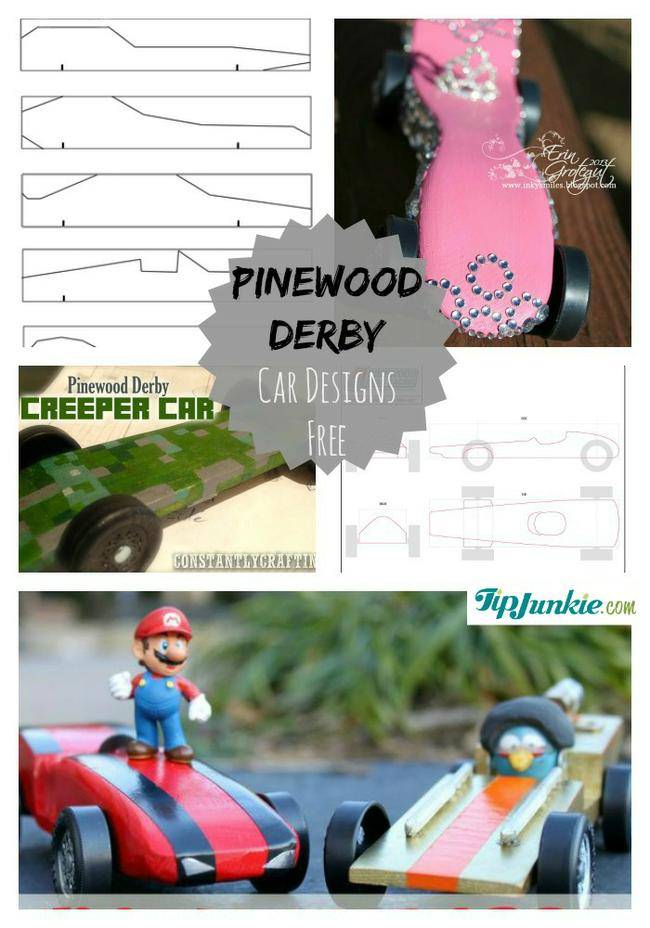 6.  Basic Pinewood Derby Car Building Instructions ~ Never built a pinewood derby race car?  This post shows you the basics to building your own.  It even includes a template to make the car body.

7.  Blinged Out Car ~ Pink, a tiara and full of rhinestones, what could be more appropriate for the girly girly?!

8.  Pinewood Derby Creeper Car {Minecraft} ~ The perfect derby car for the Minecraft lover.  After the design was sketched onto the body of the car it was ready to paint. 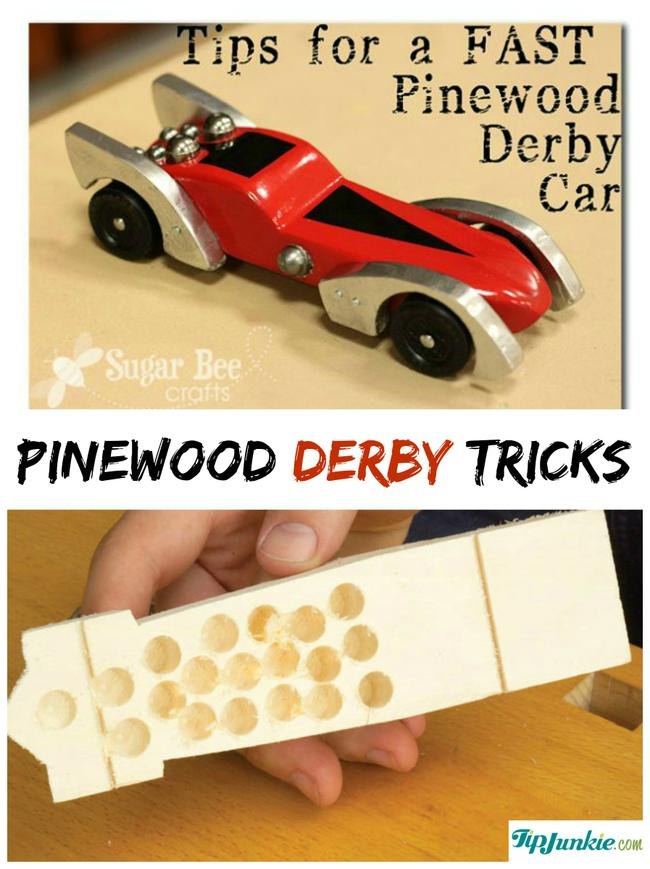 11.  How to Make Your Pinewood Derby Car FAST ~ Weight, friction and even the axle location can make your child’s car faster.  Sugar Bee Crafts gives you some amazing tips and tricks to make your car the fastest!

12.  Pinewood Derby Speed Tip ~ Maximize your child’s derby car potential with this speed tip.  When the weight is located in the rear of the car it will dramatically improve its performance. 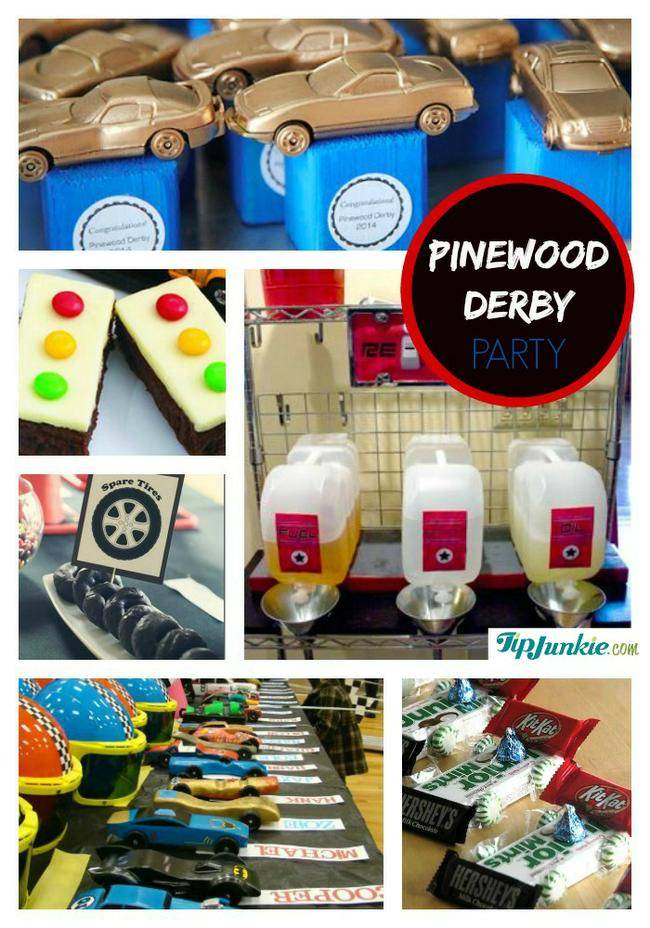 13.  Pinewood Derby Participation Awards ~ Everyone’s a winner!  Each participant gets a participation award.  Blocks of wood are painted blue and hot wheels cars are spray painted gold to nestle on top.  There are even free printables to use.

14.  Pinewood Derby Birthday Party ~ On your mark.  Get set.  Vroom on by to this fun derby party!  This fun filled party includes a concession stand decorated with checkered flags, banners and complete with hot dogs and popcorn.  Guests got to make their own pinewood derby car and then race them on the track!  Dad’s are going to have just as much fun as the kids.

15.  Stoplight Brownies ~ Boxed brownie mix is revved up with frosting and red, yellow and green m&m’s to make stoplight brownies.

17.  Race Car Party ~ The red, white and black is such an eye catcher. And I love the “re-fueling” station with the oil funnels under the drinks. Lots of great pics here for inspiration if you are looking to do a racing party of your own.

18.  Derby Car Favors ~ Make these fun edible pinewood derby cars for party favors or use them as trophies.  A box of junior mints is used for the body and miniature candy bars and candies are used for the remainder of the car. 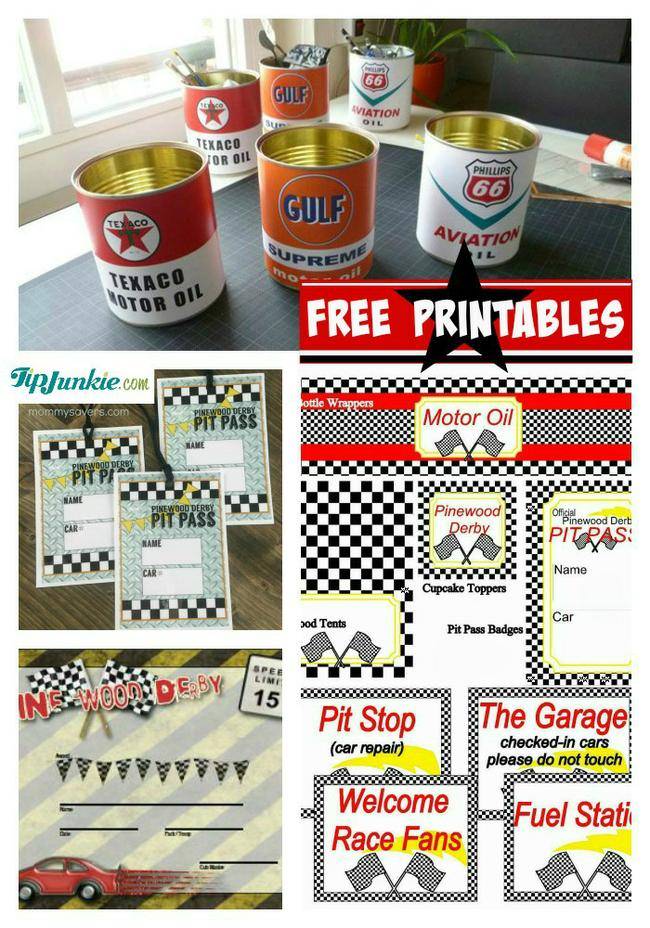 19.  Vintage Oil Can Replicas ~ Tin cans are transformed into vintage oil can replicas with these free printable labels.

20.  Pinewood Derby Pit Pass {free printable} ~ Make lanyards for the children to wear using this free printable.  Add a shoe string or other string to use as the necklace.

21.  Pinewood Derby Lanyards and Certificates ~ Printable lanyards and certificates in a black and white option as well as in color.  You can even add your child’s photo to the lanyard.

22.  Pinewood Derby Printables ~ Throwing a pinewood derby party is easier than ever using this free printables set.  It includes wraps, cupcake toppers, signs and food tents.  Print them at home or have an office supply print them for you for around $2.00. 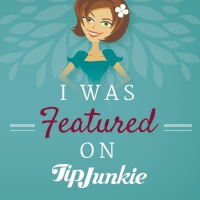 Thanks Ladies!  I just adore these pictured tutorials. Feel free to share your I was featured on Tip Junkie badge on your blog, Facebook, or Instagram. You earned it!  {knuckle bumps}  I’m honored to have the opportunity to feature your creative DIY ideas and homemade projects. 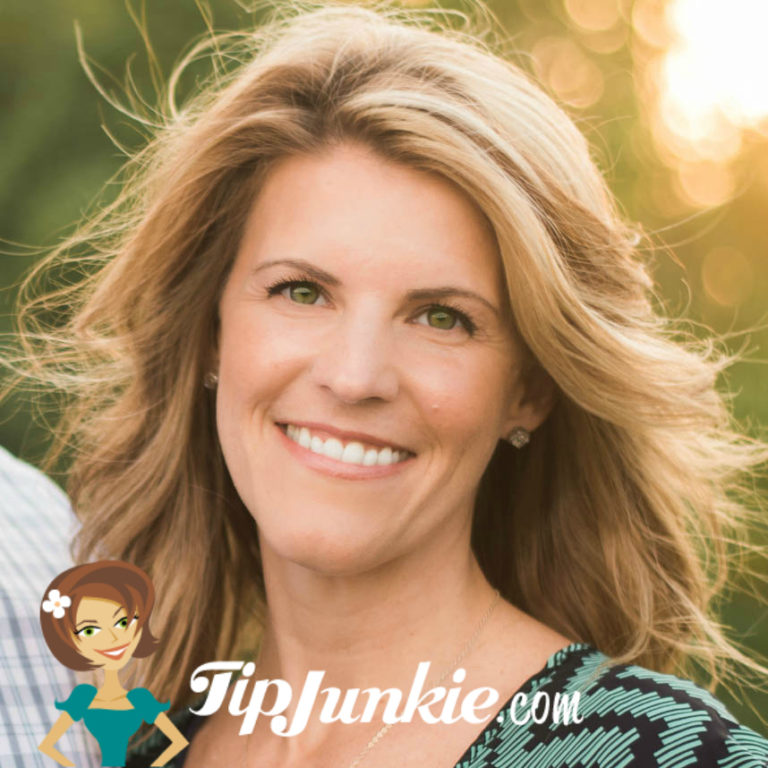 Promoting creative women through their tutorials and products.