Love printables? Check out these AWESOME FREEBIES!
Home / Projects / 5 Ways The Elements Are Going To Destroy Your Home And How To Prevent It
Share
Pin
0 Shares

When it’s hot outside we love to lie in the garden relaxing in the sun. Even when it’s snowing outside, you’ll still find yourself running around building snowmen with your children. You usually enjoy all but the worst weather conditions, yet you never sit back and think about the damage it’s doing to your home unless something goes wrong.

Contrary to popular belief, homes aren’t indestructible. It might feel that way when you’re sitting by the fire as the wind howls outside, but there is probably a problem brewing up right now. Let’s look at some of the common ways the elements damage your home, and afterwards we’ll talk about how you can prevent it.

The Ice Will Destroy Your Chimney

Go outside and take a good look at the mortar on your chimney. We all know it’s not going to last as long as your roof, and over time the rain will begin to find its way inside the cracks. As it freezes you’ll find chunks of mortar falling off. Now your flashing won’t be able to save you, because the water will get in and roll down your interior walls. You could end up with a mold problem you don’t know about if you’re really unlucky. You can keep a close eye on your chimney, but the only real way to make sure nothing is wrong involves hiring roofers to go up and inspect everything.

If you live in an area where hurricanes can strike, or even very strong winds, they can be powerful enough to rip branches off trees and send them hurtling towards your roof. Once this happens it can easily tear your roof apart until you have large holes where the rain will find its way inside causing all sorts of water damage. The best way to make sure this doesn’t happen is to keep an eye on trees and cut off any old or broken branches. It’s one of the reasons why steel kit homes are becoming popular, as they’re capable of withstanding anything and the roofs will last much longer than a regular one.

Your Pipes Can Burst If It’s Too Cold

One of the most annoying ways the cold weather can damage your home is by causing your pipes to burst. It’s a much harder problem to fix, especially if you end up with additional issues like a flooded basement. This is also caused by the water inside your pipes freezing up until they expand so much it causes them to crack. It’s common when your pipes run outside to garden taps or through uninstalled walls. You could always stop using your garden tap during winter, but it might not be practical and doesn’t solve everything. The best thing you can do is add insulation to your pipes to stop them from getting too cold.

A Mountain Of Heavy Snow On Your Roof

Snow might look pretty when it’s lying on your roof, but if there is enough snow it is dangerous for a couple of different reasons. First of all, the most worrying one is if the snow was to slide off like an avalanche and fall on someone standing below it. An old roof could also buckle under the pressure, which would cost a lot to fix. Even if it’s not heavy enough to damage the roof itself, your guttering might not be so lucky and could come crashing down to the ground. You can remove the snow yourself with a rake if there is enough there to be deemed dangerous, but it’s usually in your best interests to call a professional due to safety reasons.

Humidity Is Something To Be Wary Of Too

So far everything we’ve talked about is what you might expect when the weather is at its worst, but your home can be compromised if it’s hot too. The main danger area you have to be concerned about when it’s humid is the crawl space underneath your home. A lot of humidity can lead to mold, which can cause structural damage and problems with your health. You won’t even know it’s happening while you’re out in the garden enjoying yourself. Encapsulation is the best way of dealing with it if you have a crawl space in a humid part of the country, and it usually involves completely blocking up the foundation with a spray foam to eliminate any potential humidity.

Prevention Will Save You Money In The Long Run

Far too many people wait until something goes wrong before they fix the problem, but this will only cost you a lot more money. It’s cheaper if you can prevent anything bad from happening in the first place. There are thousands of things that could potentially go wrong, but we’ve spoken about common ones today. If you can deal with them before something is damaged it will save you a lot of hassle, plus you’ll not end up with huge bills to pay. Your home is your castle, so you should start treating it as such. 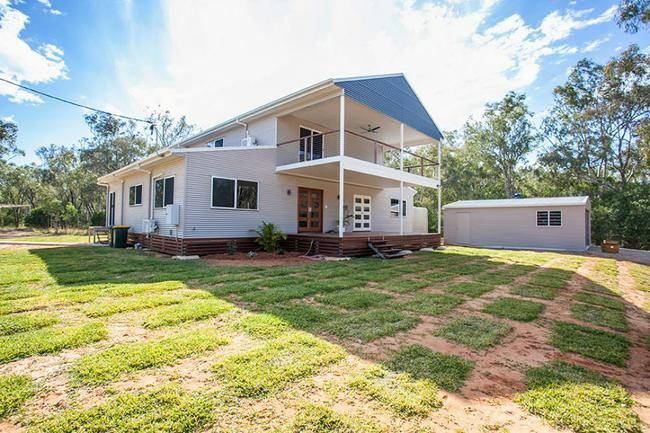