Remember those awesome snack packs you used to chow down on when you were younger? If you were like me, you were so excited to rip into them in the lunch room but you would pace yourself and eat everything else in your lunch before you tore open that lid and dug in! Ah man, that first bite was heavenly. And if you were lucky, you had the tiered snack pack with the vanilla pudding in between the chocolate layers. So tasty!

When I made the decision that I needed some pudding, I thought what better flavor than nutella? I mean seriously, who doesn’t love nutella? So I went about finding a basic pudding recipe and tweaking it to accommodate for the nutella. What I came up with was nothing short of fantastic. 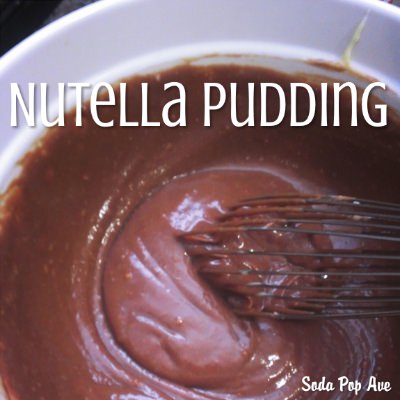