I recently started work renovating the back room of our house into a quiet study/lounge area. I’ve always been a bit of collector of vintage and industrial items to furnish my house with and wanted to carry this on into the new room.
Most things were easy enough to rip out and replace but I was initially pretty stumped as to what to do with the radiator. It was an old aluminium panel thing, all scuffed and rusting. I had wanted to get an old school industrial iron column radiator but to buy these were just too expensive for my budget.
I eventually found a supplier selling Delonghi column radiators which I went to town on with some corrosive paint stripper and some steel wool to strip off the tacky white enamel. I then used a spray gun to add a couple of coats of primer. To get a proper hammered cast iron effect I used a combination of black and steel grey metal spray paints by Hammerite that I got from Home Depot. This paint goes on in a random splatter pattern giving the surface an uneven texture as it the metal itself has been cast in a mould.
It worked a treat and instead of trying to hide it with something it now takes pride of place in the middle of the room’s feature wall. 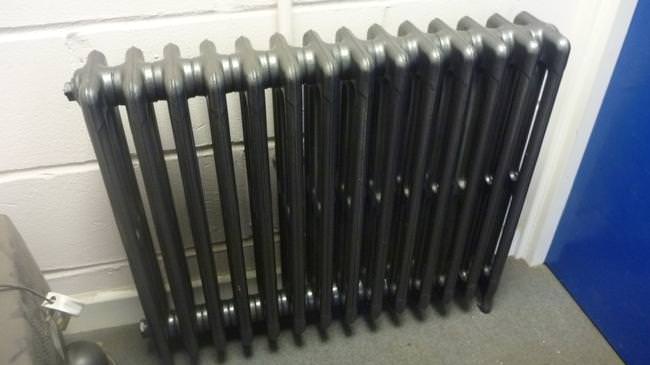 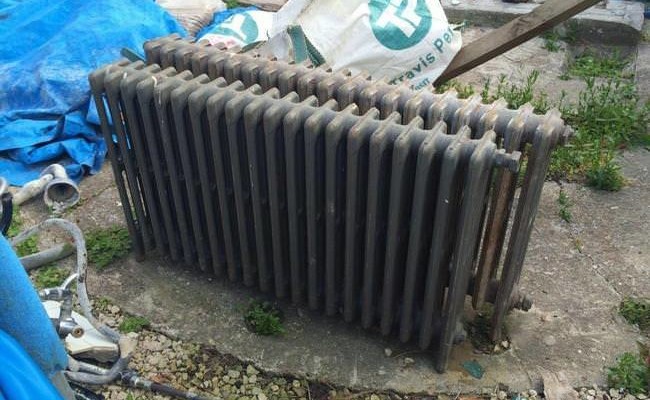