Gender Reveal Ideas to announce your pregnancy are all the rage!  So today I’m hooking you up with some clever and crafty pregnant women who have taken their gender announcements to a whole new level of fabulous!

If you’re having a baby, check out these gender reveal ideas on how to tell your family if It’s a Girl or It’s a Boy.  I’ve included creative ways to announce pregnancy, funny ways to reveal gender, cake and cupcakes, along with pregnancy photos. 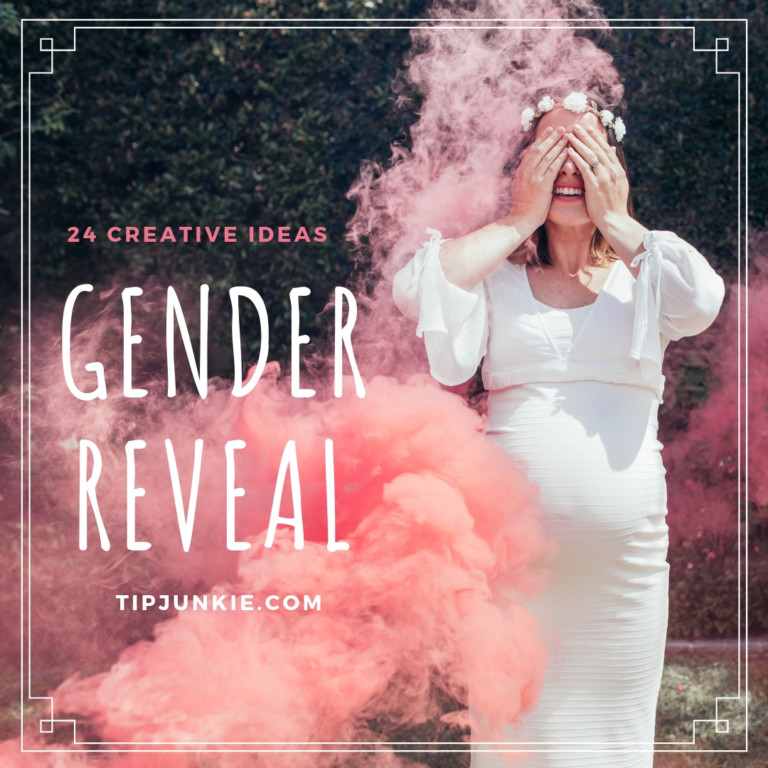 For her gender reveal, this pregnant woman decided to wear a white dress and while covering her face had her husband launch a smoke grenade outdoor in the color of her baby’s gender ~ pink as it’s a girl.  Such a fun idea and great photo op.

What is the point of a gender reveal party?

Whether you’re expecting the first, second or third baby, that moment you finally learn whether you’re having a boy or a girl is so exciting! To share the news many parents are throwing a gender reveal party to celebrate with family and friends. 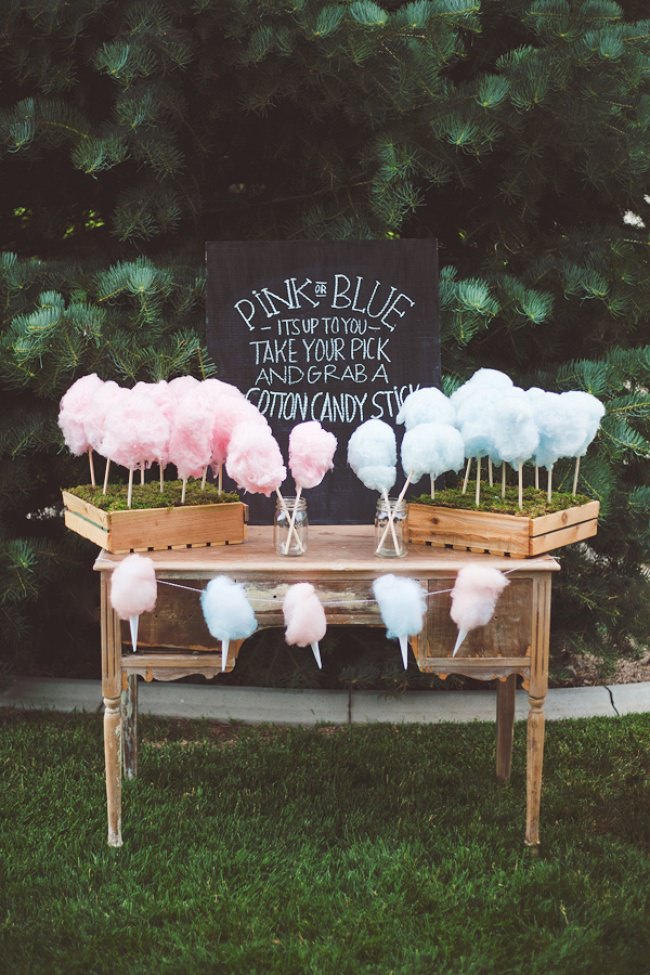 1.  Gender Reveal Cotton Candy ~ “Pink or blue, it’s up to you take your pick, and grab a cotton candy stick!” Guests cast their vote with their cotton candy choice.

2.  Yippee Baby Gender Reveal Party ~ This fabulous Yippee themed party was put together to share the surprise of the expected babys gender. The answer? The color was hidden inside confetti cannons. (There’s a tutorial for making them. Score!) Check out all the decorations and activities for the guests  too fun! 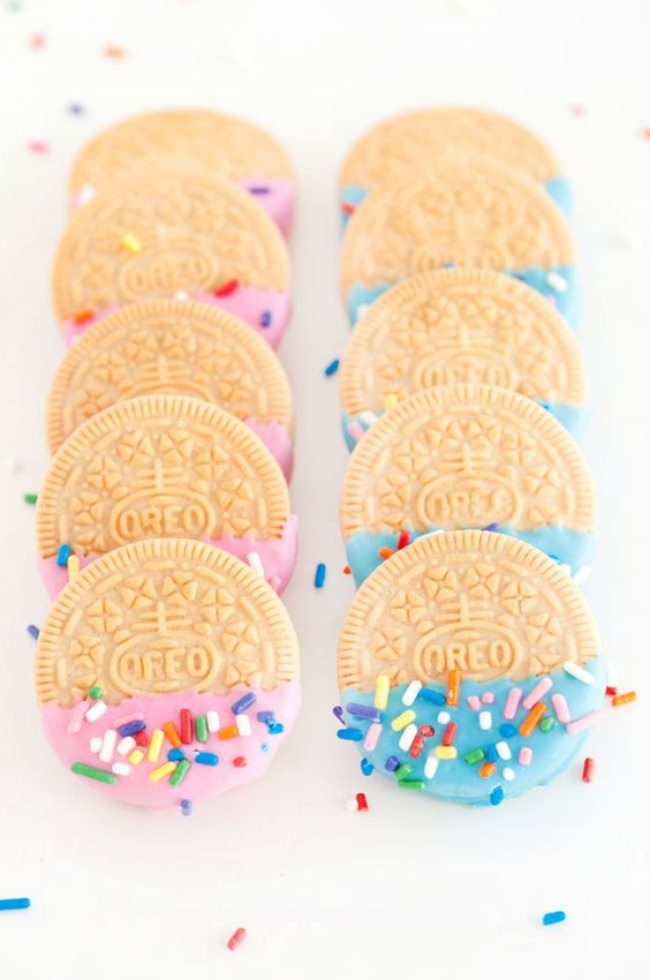 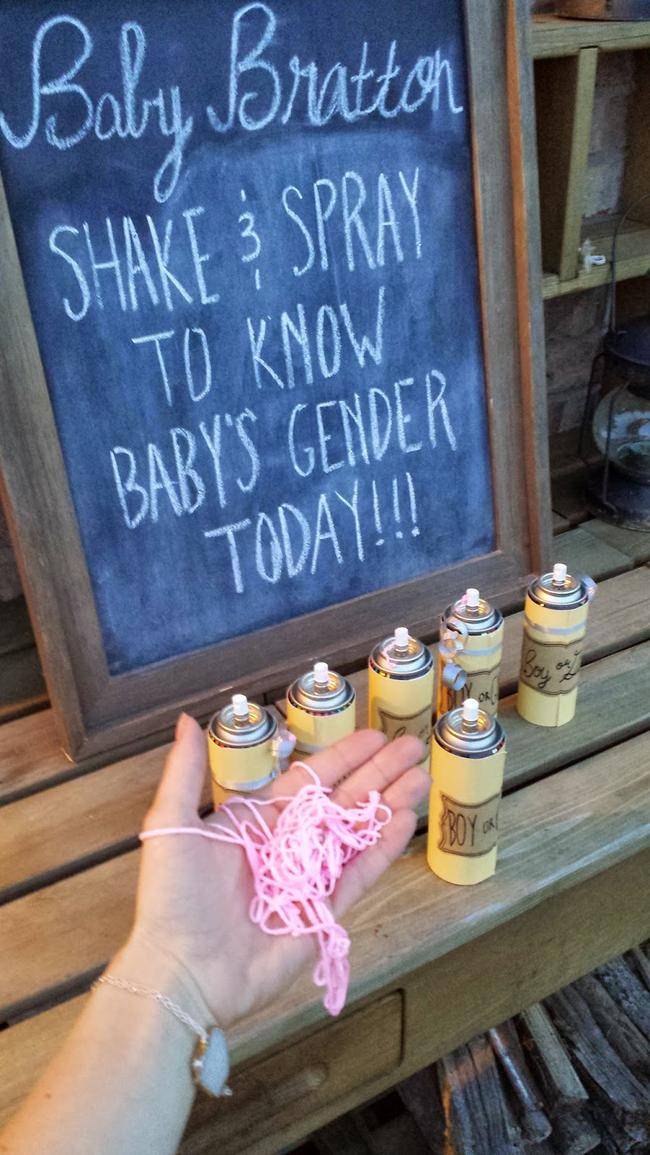 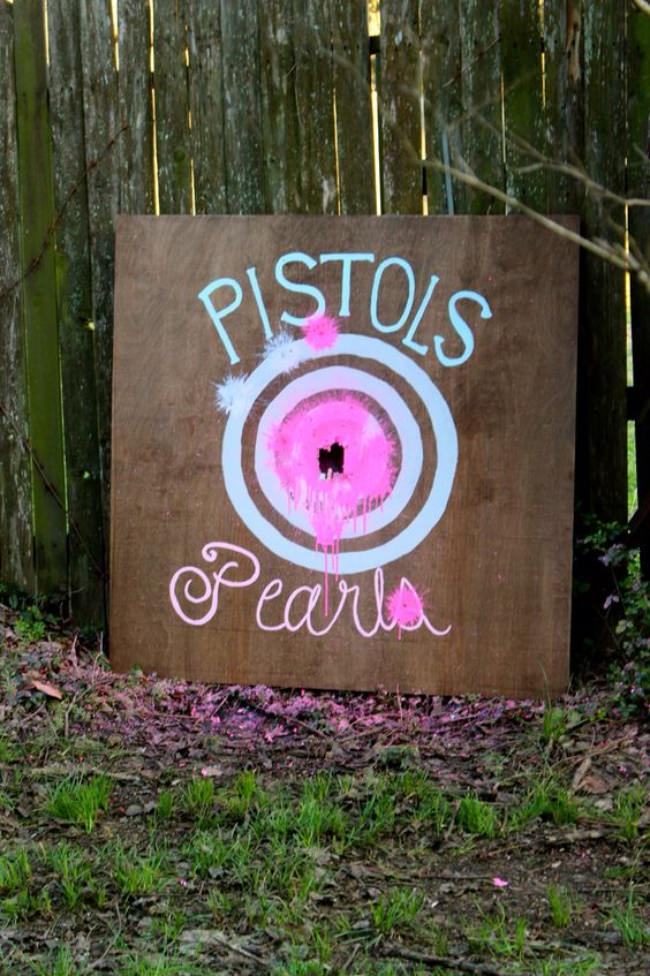 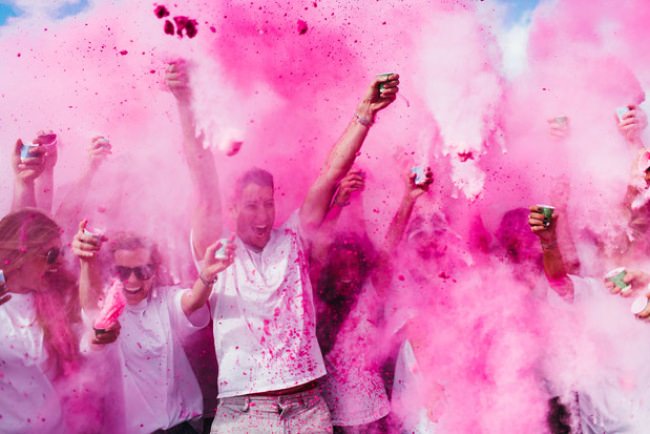 6.  Powder Reveal ~ Reveal babies gender with colored powder. So fun! Have guests wear a white t-shirt that will easily show the color. 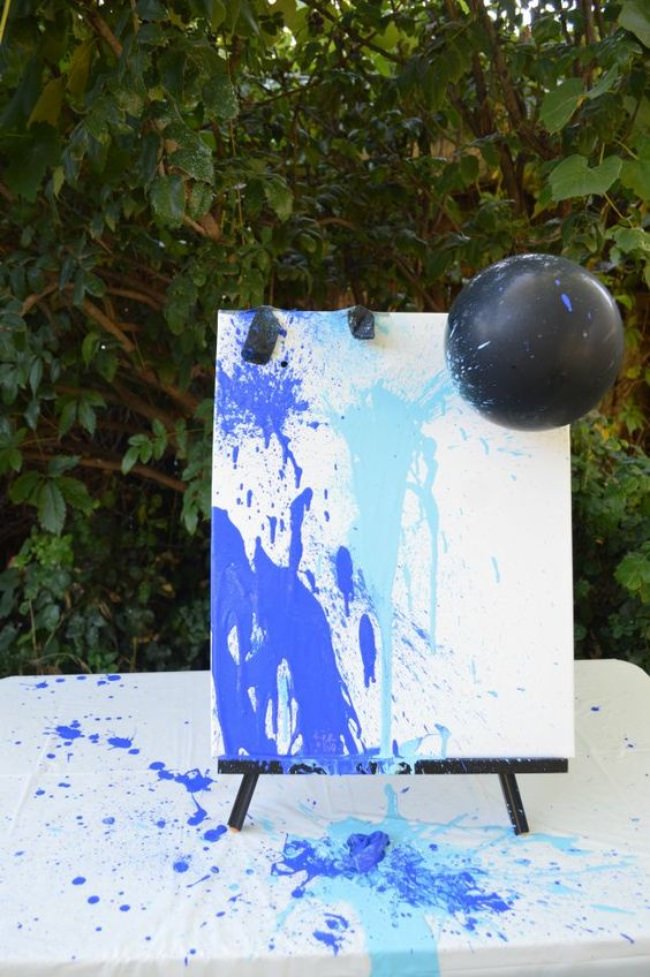 7.  Baby Boy Gender Reveal ~ Reveal babies gender with a game of darts with balloons filled with paint. You could hang the canvas in the nursery for a fun keepsake. 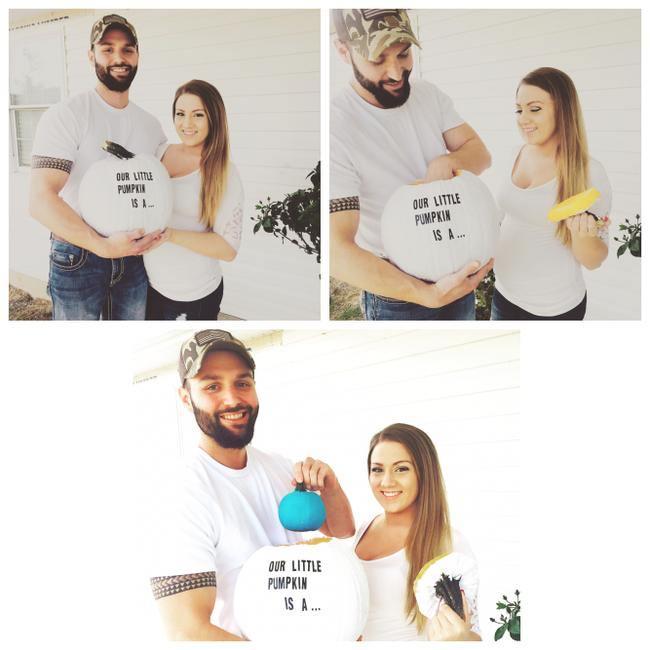 8. Congratulations it’s a Boy ~  If you’re announcing baby’s gender during the Fall this is a super cute idea using pumpkins. 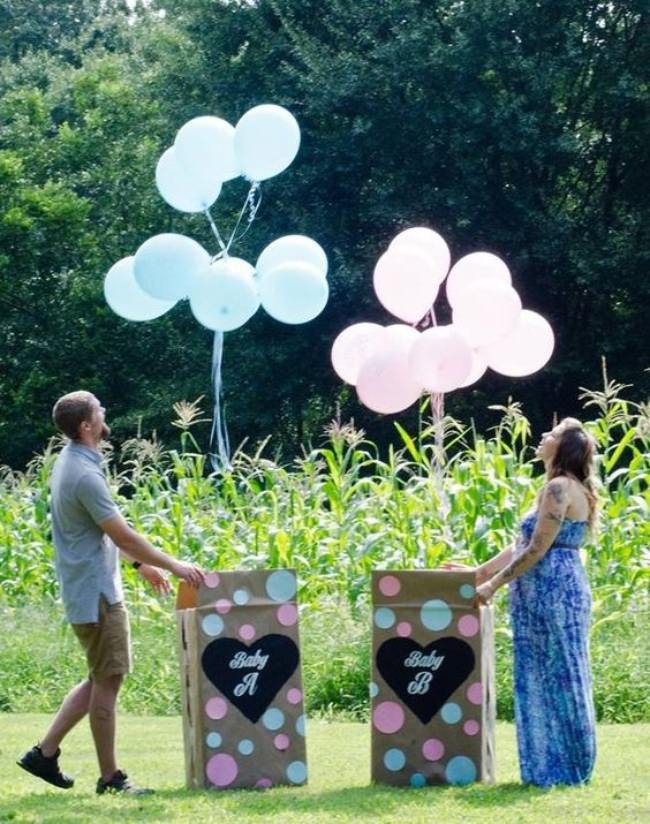 9.  Twins Gender Reveal ~ Double the fun with this gender reveal using balloons.  Colored balloons announce the sex of each baby. 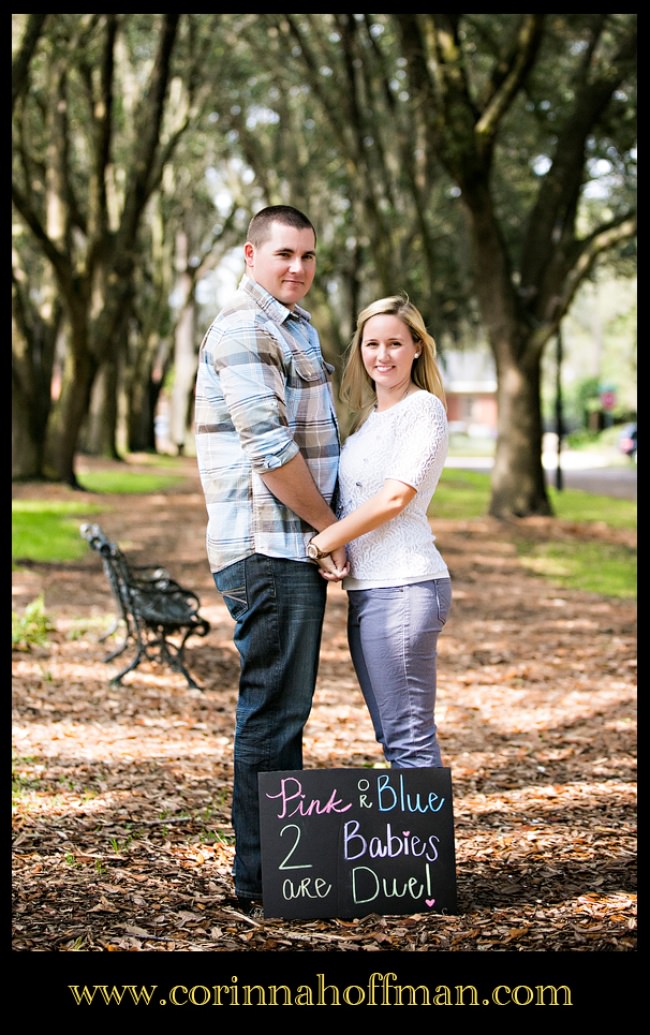 10.  Twin Pregnancy Announcement ~ Pink or blue, two babies are due! A cute way to announce twins! 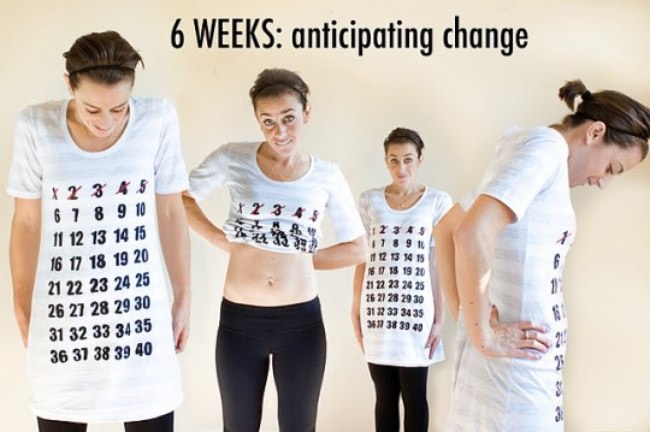 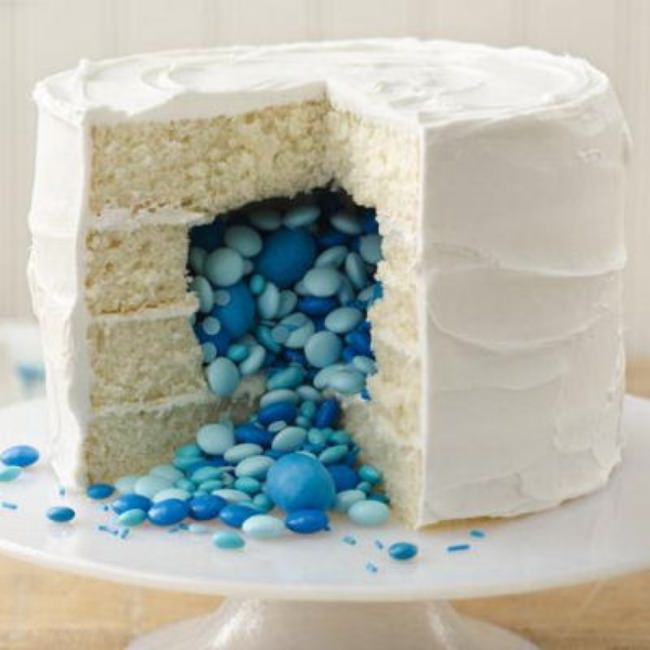 12.  Surprise Cake ~  This fun cake that can be used as a gender reveal can be made with blue for boy or pink for girl.  If it’s mixed, I’m assuming boy/girl twins. {{snicker}} 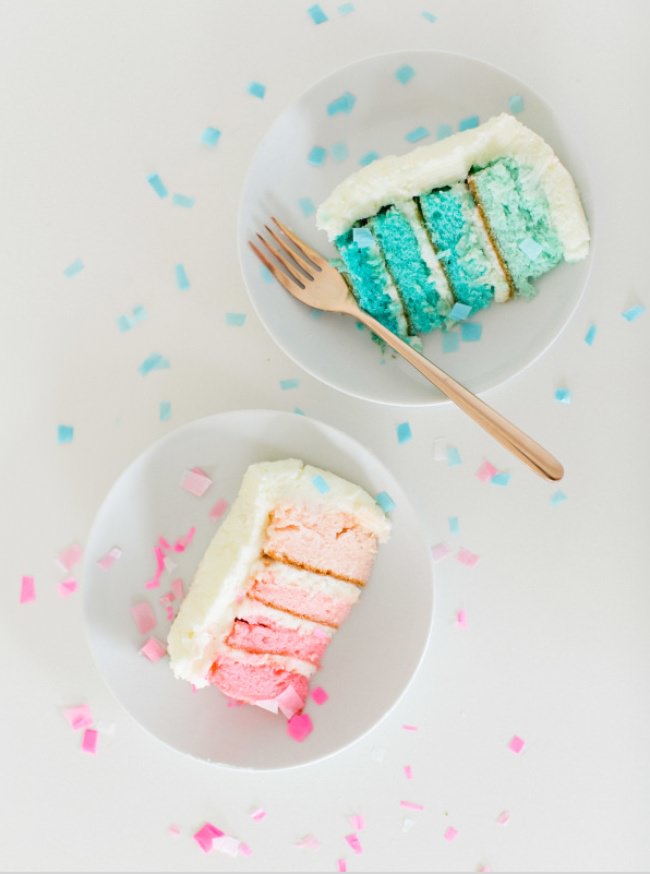 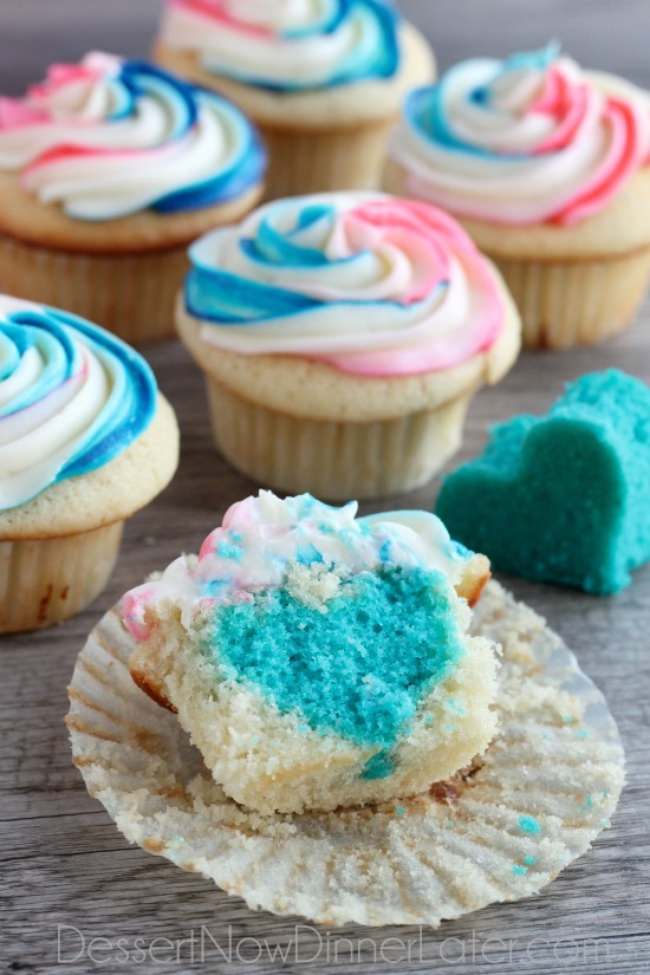 14.  Gender Reveal Cupcakes ~ Babies gender is hidden in the middle of cupcakes.  Disguised with pink, blue and white swirled frosting. 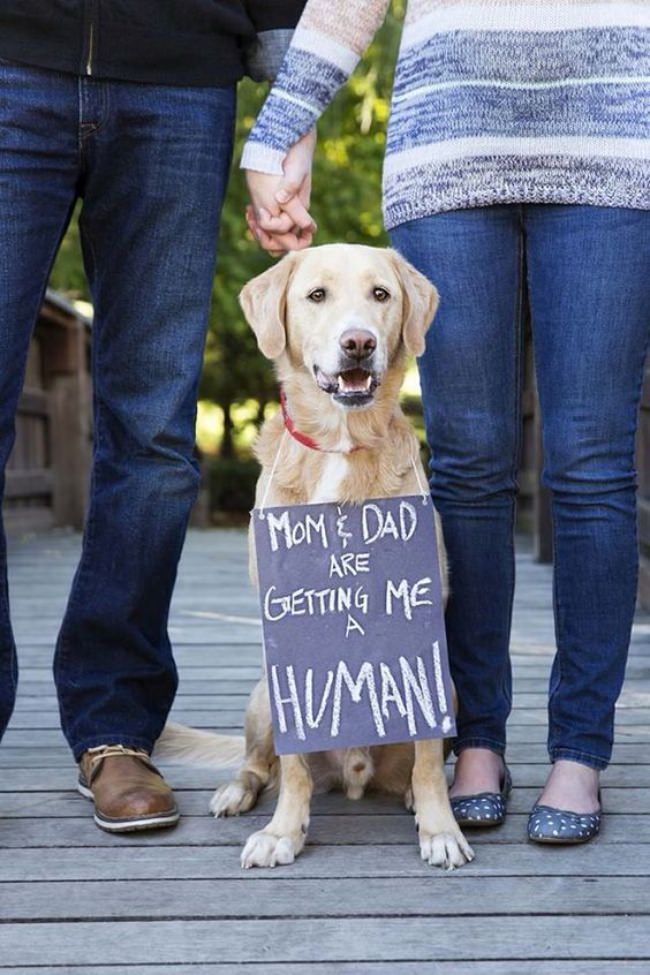 15.  Ways to Reveal Gender ~ Use your first child (your pooch) to announce the pregnancy. 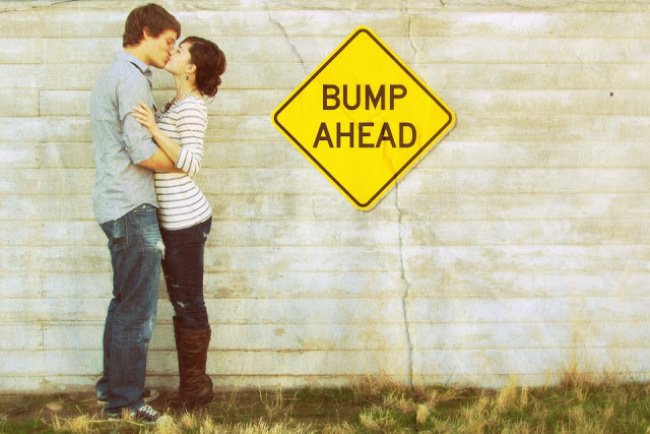 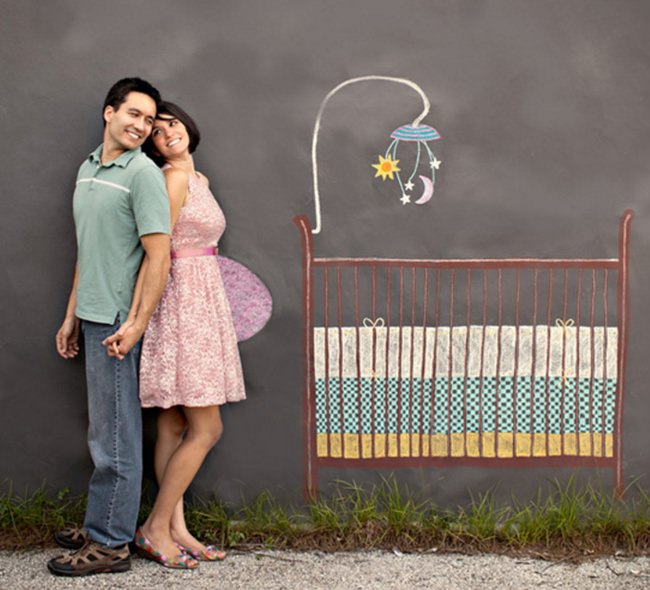 17.  Pregnancy Announcement Ideas ~ How creative and fun is this chalkboard backdrop to announce a pregnancy?! 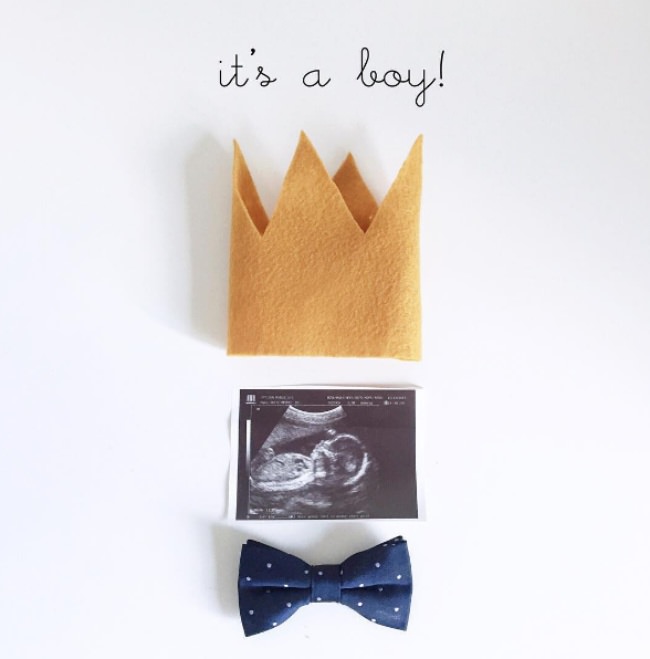 18.  Gender Announcement ~ In a world of social media this is an adorable way to announce babies gender. For a girl you could use a tiara and bow. 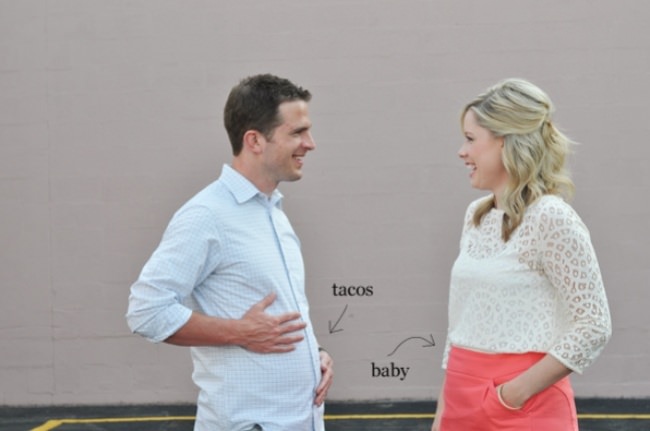 19.  His & Hers Tummies ~ Add some humor to your pregnancy announcement by adding some photo outtakes. 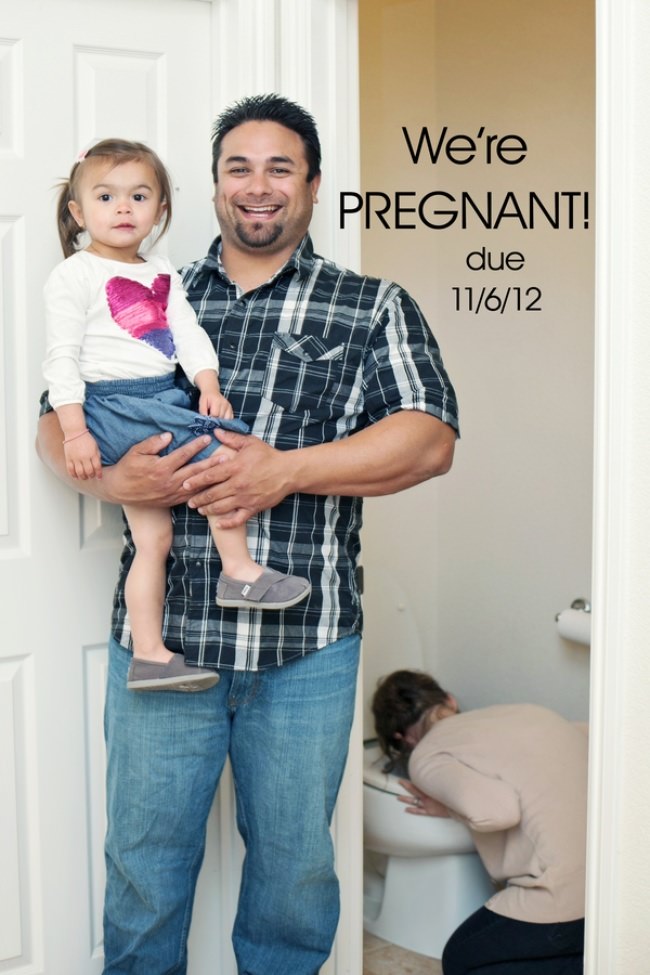 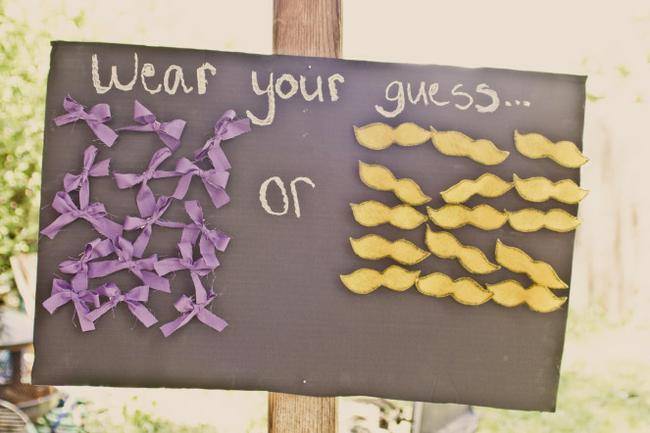 21.  Ways to Reveal Gender ~ A gender surprise party is such a fun way to share with friends and family the sex of your unborn child! This parties unique ideas will definitely amaze you.  Keeping with the gender neutral theme the color palette was yellow, purple, black and polkadots!  Guests were asked to wear their guess on them with a mustache or a bow pin.  The cupcake filling revealed the gender of the baby. 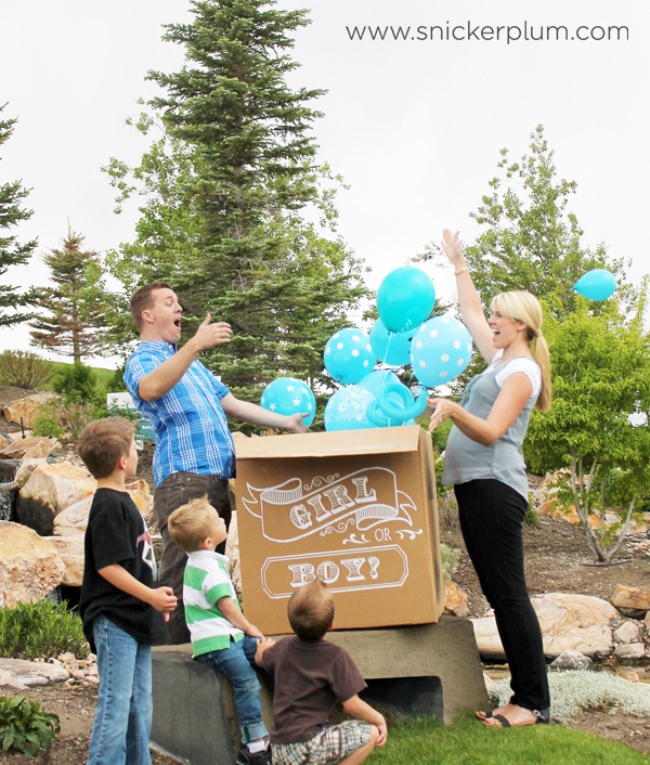 22.  Gender Reveal Balloons ~ Reveal babies gender to the family with balloons, before your actual babyshower, or include this fun idea into a gender reveal baby shower of your own. 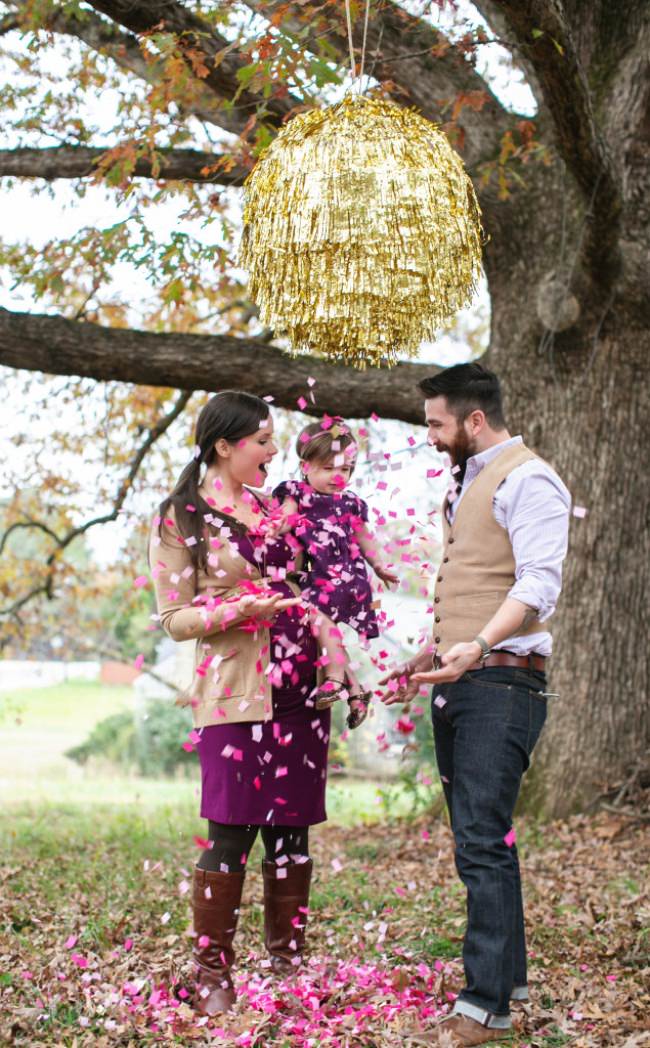 23.  Gender Reveal Pinata ~ How to make a pinata to reveal babies gender using confetti and a paper lantern. 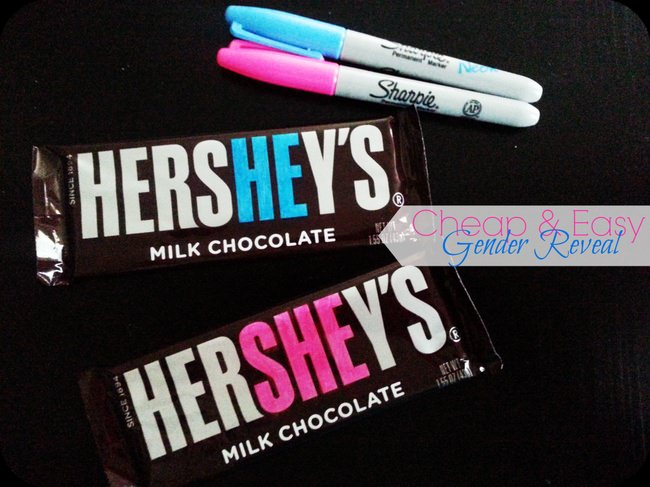 24.  Gender Reveal Party Gifts ~ Hershey’s candy bar doubles as a party favor and a way to reveal babies gender. Using a pink or blue Sharpie you can color in the words “he” or “she”.

P.S.  Join the conversations over on the Tip Junkie Facebook page.
It’s a great place to ask questions on how to make things or for specific tutorials you need. 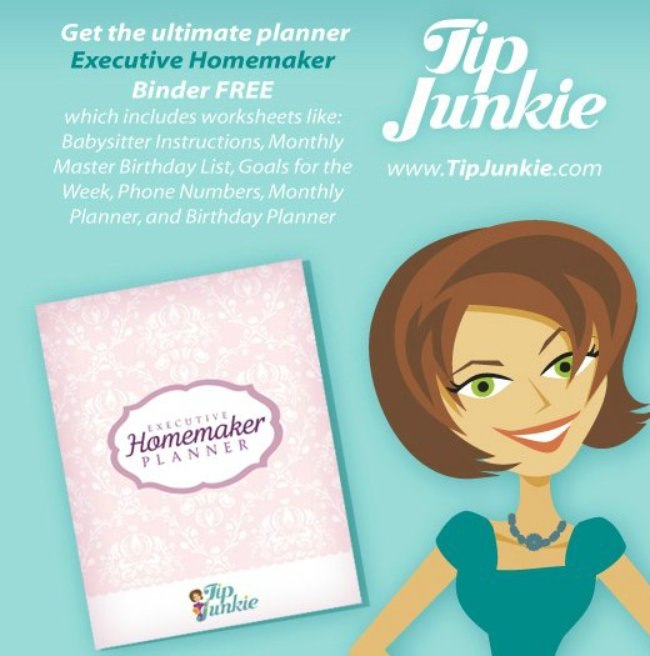