This Chinese Ginkgo wall stencil was designed by Kim Myles as part of her Global Glam stencil collection with Cutting Edge Stencils. Kim Myles was the 2007 Design Star winner on HGTV and now Kim and Cutting Edge Stencils have teamed up to bring you this great line of designer stencils. The Ginkgo tree is strong and persistent. Just like todays DIY decorator! Ginkgos have a beautiful leaf shape and some are claimed to be over 2500 years old. This Chinese Ginkgo stencil is made from 12mil clear plastic that is sturdy and reusable and is sure to give Myles of smiles:) 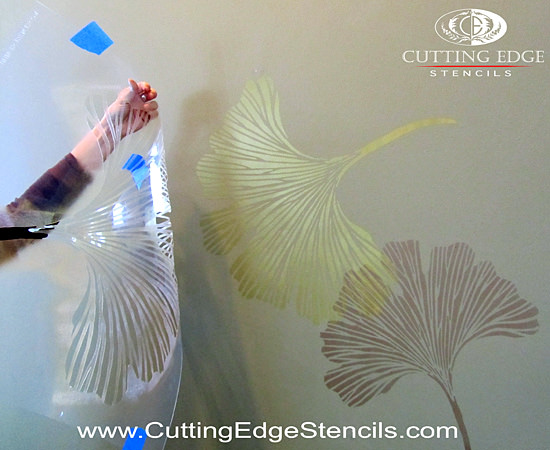