Davis has chosen to make Better Bears or Boo Boo Bears to give to Texas Children’s Hospital for his Eagle Project.  This project was so easy, really fun, and very rewarding.  I would highly recommend it to any teenage boy who doesn’t want to do an outdoor or physically exhausting Eagle Scout Project. 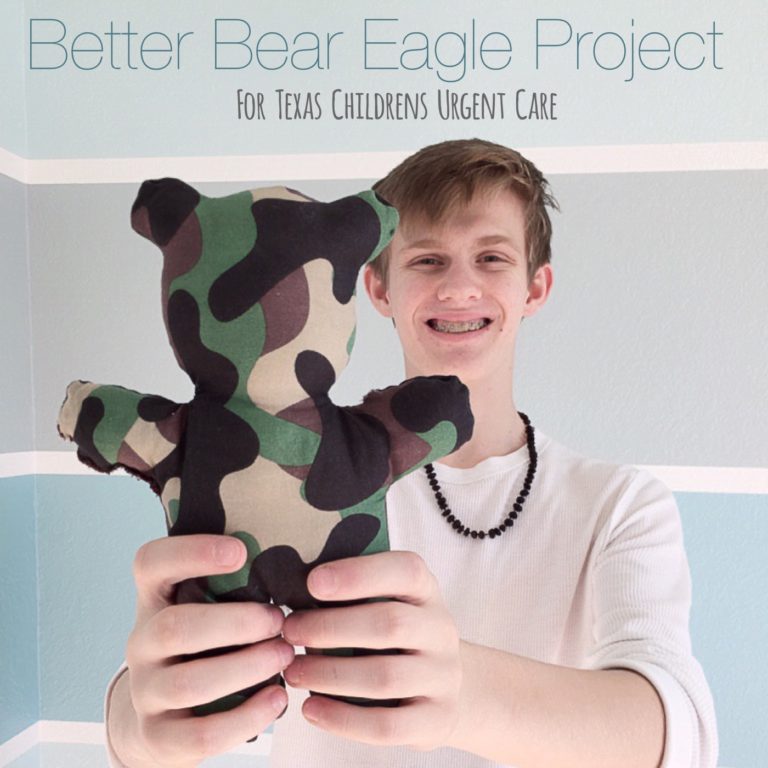 The idea came about because Drake had to have surgery and Davis was so excited that Drake would get his own Better Bear. We had to have the conversation that the hospital may not have any. Davis was so disappointed that in that moment he decided he could do something about it and make them for his Eagle Scout Project. 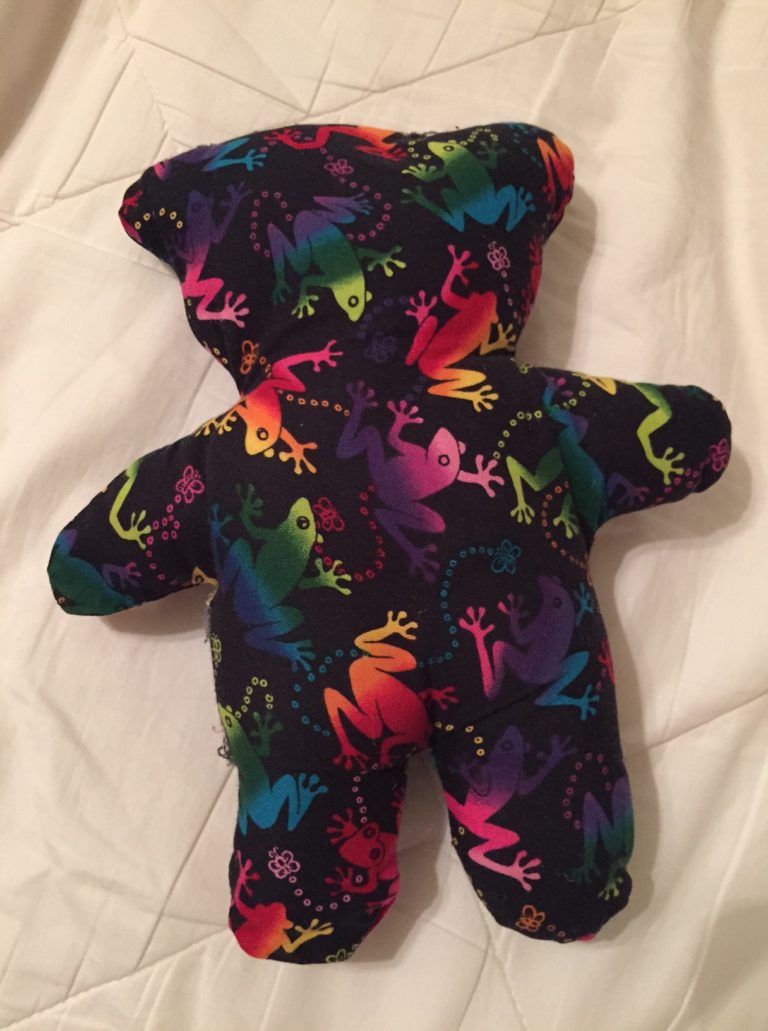 You see Davis had surgery twice in Elementary school and received a Better Bear each time while at the hospital. They were so comforting to him during a very scary time. They meant so much to him, that he still has them 11 years later!

I’m so relieved and excited that Davis found a project that’s so personal and resonates. We’ve been praying for this for a long time as he’s not a self starter. {giggle}

Here are the files we made and used for Davis’ Better Bear Eagle Scout Project.  Feel free to print out and use them.  They aren’t professional as Davis created them. HA!  Hopefully they will help you organize the project as this was such a fun and easy project to do!

Purpose:  To provide better bears or boo boo bears to give to children to comfort them while in the emergency room. 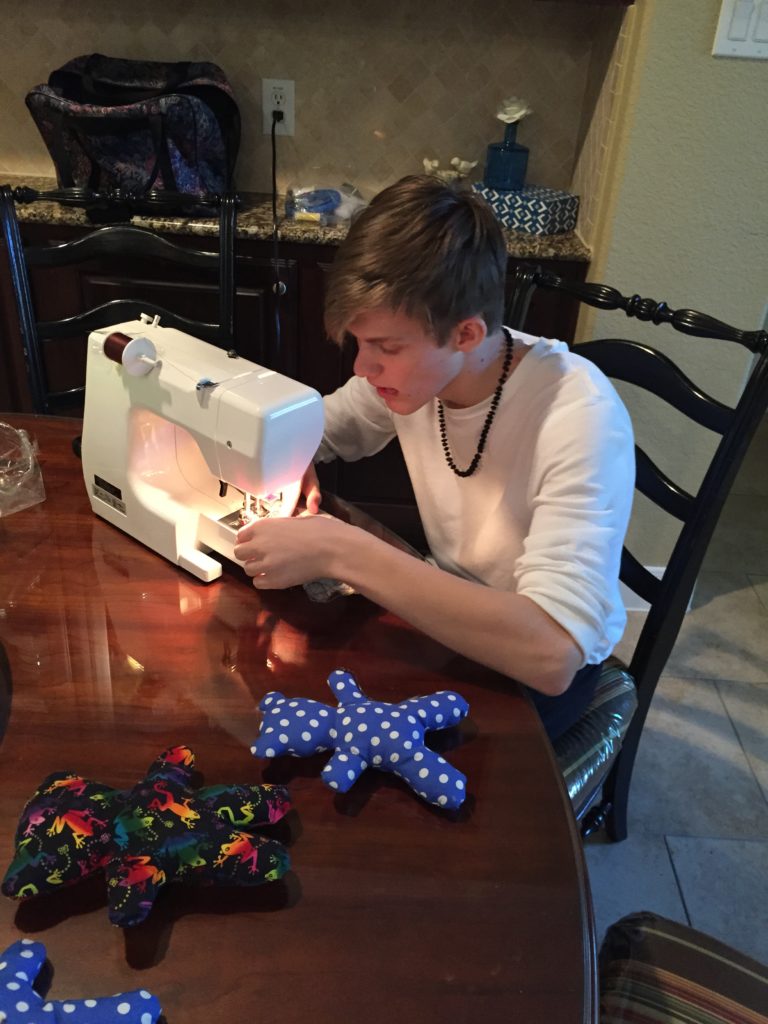 Materials needed to make the bears will vary depending on the size of your fabric.  I would suggest a sturdy cotton which doesn’t shrink with a small pattern.  Avoid stretchy or fussy fabrics.

In addition, you’ll need thread and sewing machines.  Davis found that his volunteers did them together as families.  It was so fun to get pictures of all these young kids making bears for others.

Observations:  We had a hard time initially getting our prototype big enough.  We had one set of volunteers cut the bears and make the kits.   In the end, we ended up having 9 people volunteer to sew and stuff bears, with an end total of 16 people who volunteered.  72 bears were completed and donated.  Davis’ grand total of hours was 121 hours.

What was Challenging?  Getting the template bigger was his biggest challenge.  I thought learning to sew would be intimidating for Davis but it wasn’t!  I was showing him the sewing machine and he interrupted me and said, “Mom, move over I’ve got it.”  And he did!  It was unbelievable. 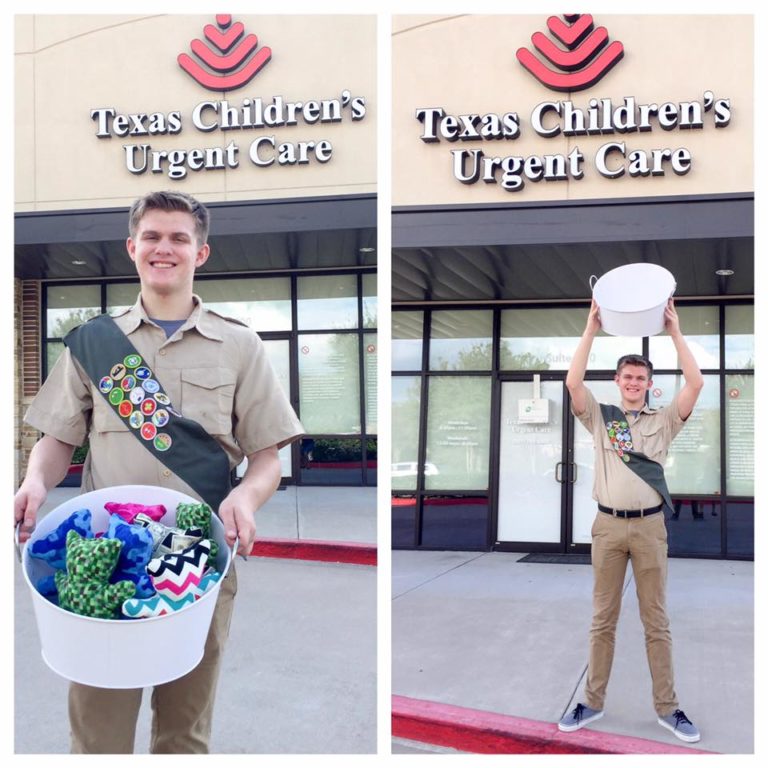 When Davis delivered the 72 bears to Texas Children’s he was beaming with pride!  He knew exactly how much comfort these bears would bring so many because he had experienced it himself.  It was an incredible experience as a mother to witness.

Davis’ BSA Eagle Court of Honor was a special event and we’re so proud of him for his years of serving to become the young man that he is today. 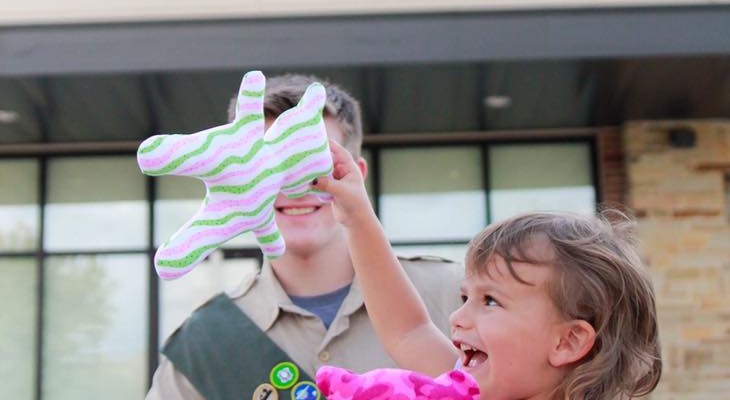 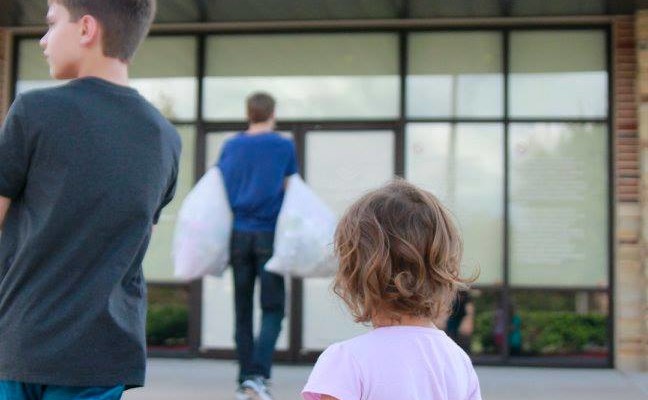 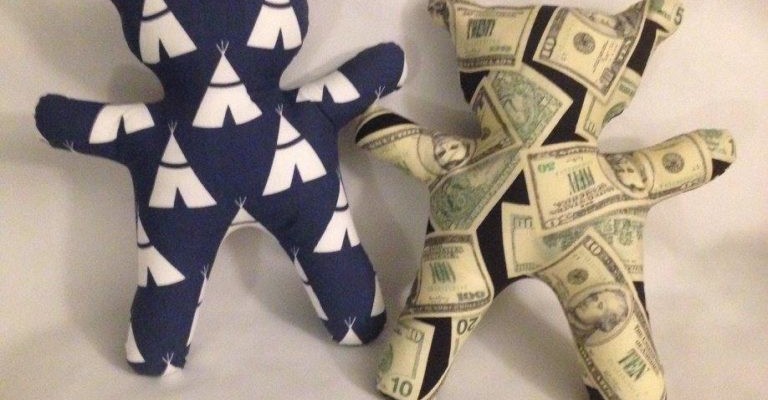 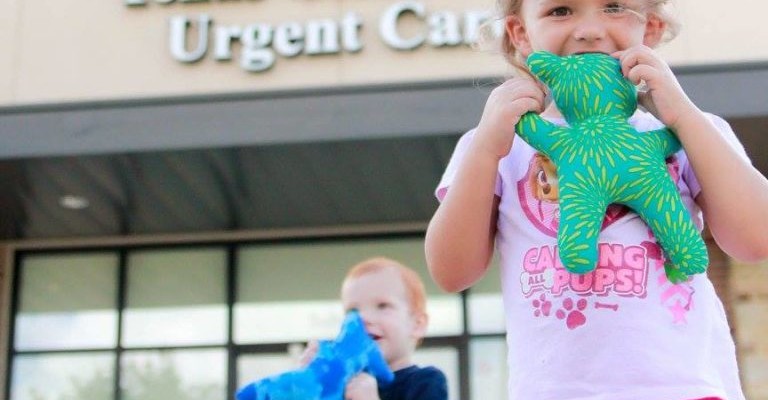 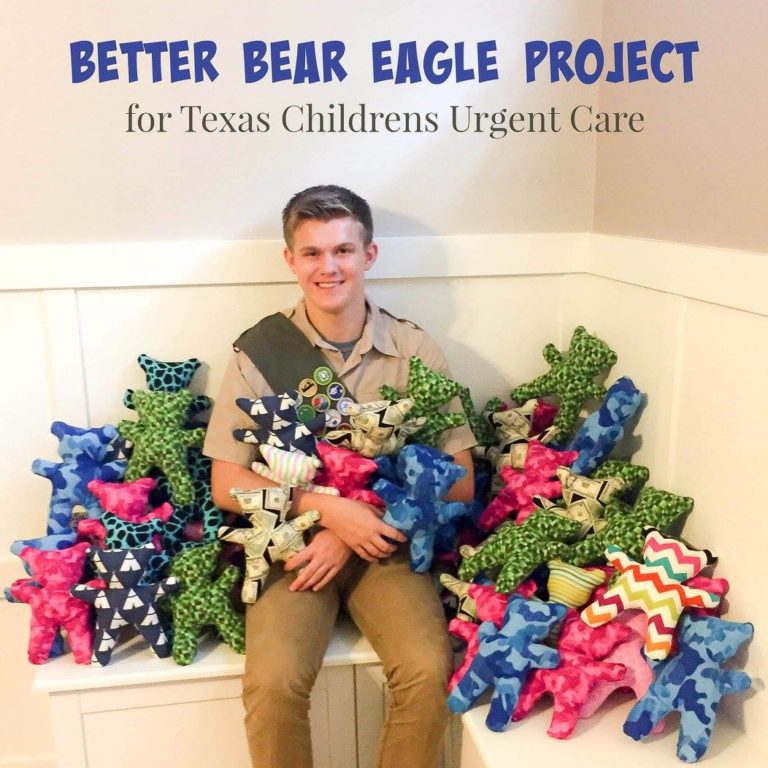