Fabulous floats for parades that are sure to inspire your church group, neighborhood HOA, or town 4th of July parade. These red, white, and blue themed parade pictures include parade floats for an eye doctor {optometrist} which has glasses, a boat float, as well as a dance group. 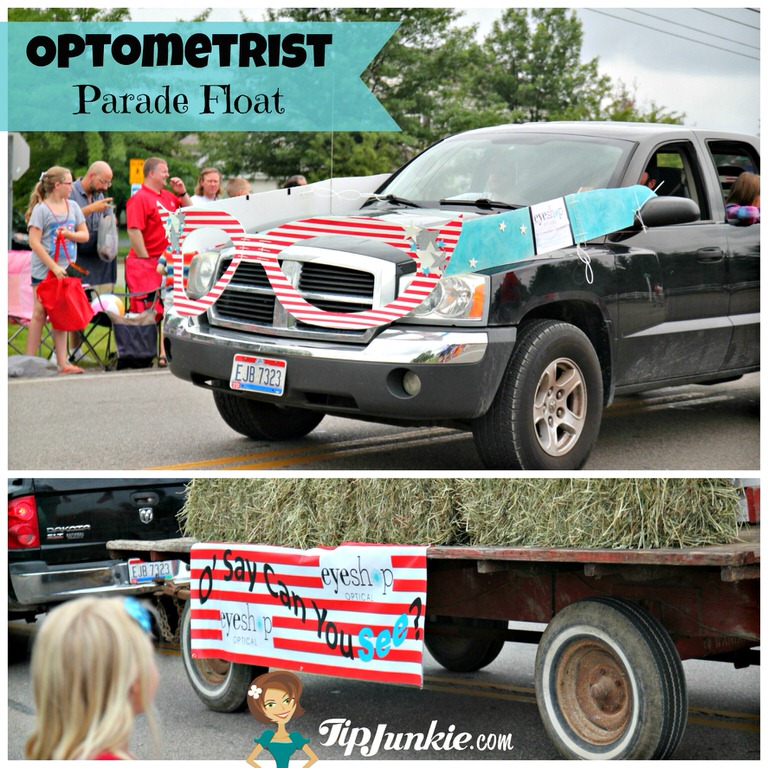