Herman and I finally locked our store and dragged ourselves home to South Caldwell Street.  It was 11:00 p.m. Christmas Eve of 1944. We were dog tired.

Ours was one of those big old general appliance stores that sold everything from refrigerators and toasters and record players to bicycles and dollhouses and games.  We’d sold almost all of our toys; and all of the layaway’s, except one package had been picked up.

Usually Herman and I kept the store open until everything had been picked up.  We knew we couldn’t wake up very happy on Christmas morning knowing that some little child’s gift was back on the layaway shelf.  But the person who had put a dollar down on that package never appeared.

Early Christmas morning our 12-year old son Tom, Herman and I were by the tree opening up gifts.  But, Ill tell you; there was something very humdrum about this Christmas. Tom was growing up; he hadn’t wanted any toys – just clothes and games. I missed his childish exuberance of past years.

As soon as breakfast was over, Tom left to visit his friend next door.  And Herman disappeared into the bedroom mumbling, “I’m going back to sleep. There’s nothing left to stay up for anyway.”

So there I was alone, doing the dishes and feeling very let down. It was nearly 9:00 a.m. and sleet mixed with snow cut the air outside.  The wind rattled our windows and I felt grateful for the warmth of the apartment. ” Sure glad I dont have to go out on a day like today,”  I thought to myself, picking up the wrappings and ribbons strewn around the living room.

And then it began.  Something I’d never experienced before.  A strange, persistent urge.  “Go to tile store,” it seemed to say.

I looked at the icy sidewalk outside. “That’s crazy,” I said to myself.  I tried dismissing the thought, but it wouldn’t leave me alone.  “GO TO THE STORE.”

Well, I wasn’t going to go.  I’d never gone to the store on Christmas Day in all the 10 years we’d owned it.  No one opened shop on that day.  There wasn’t any reason to go.  I didn’t want to and I wasn’t going to.

For one hour, I fought that strange feeling.  Finally, I couldn’t stand it any longer, and I got dressed.

He argued against it a little, but I told him that I’d be back soon.  “Well, go on” he grumped, “but I don’t see any reason for it.”

I put on my gray wool coat and a gray tam on my head, then my galoshes and my scarf and gloves.  Once outside, none of those garments seemed to help.  The wind cut right through me and the sleet stung my cheeks.  I groped my way along the mile down to 117 East Park Avenue, slipping and sliding all the way.

I shivered, and I tucked my hands inside the pockets to keep them from freezing.  I felt ridiculous.   I had no business being out in that bitter chill.

There was the store just ahead.  The sign announced Radio Electronic Sales and Service, and the big glass windows jutted out onto the sidewalk.

“But what in the world,” I wondered.  In front of the store stood two little boys, huddled together.  One about nine and the other, six.

“Here she comes!” yelled the older one.  He had his arm around the younger.  “See, I told you she would come,” he said jubilantly.

They were little black children, and they were half frozen.  The younger one’s face was wet with tears, but when he saw me, his eyes opened wide and his sobbing stopped.

What are you two children doing out here in this freezing rain?  I scolded, hurrying them into the store and turning up the heat.  You should be at home on a day like this.  They were poorly dressed.  They had no hats or gloves, and their shoes barely held together.  I rubbed their small, icy hands and got them up close to the heater.

“We’ve been waiting for you,” replied the older boy.  They had been standing outside since 9:00 a.m., the time I normally open the store.  “Why were you waiting for me?”  I asked, astonished.

“My little brother Jimmy didn’t get any Christmas.”  He touched Jimmy’s shoulder.  “We want to buy some skates.  Thats what he wants.  We have these three dollars.  See, Miss Lady,” he said pulling the money from his pocket.

I looked at the dollars in his hand.  I looked at their expectant faces.  And then I looked around the store.  “I’m sorry,” I said, “but we’ve sold almost everything.  We have no ska . . .. Then my eye caught sight of the layaway shelf with its one lone package.  I tried to remember…Could it be . . .?

“Wait a minute,” I told the boys.  I walked over, picked up the package, unwrapped it and miracle of miracles, there was a pair of skates!

Jimmy reached for them. “Lord,” I said silently, “let them be his size.”  And miracle added upon miracle, they were his size.

When the older boy finished tying the laces on Jimmy’s right foot and saw that the skate fit – perfectly  – he stood up and presented the dollars to me.

“No, I’m not going to take your money,” I told him.  I couldn’t take his money.  “I want you to have those skates, and I want you to use your money to get some gloves for your hands.  The two boys just blinked at first.  Then their eyes became like saucers, and their grins stretched wide when they understood I was giving them the skates; that I didn’t want their three dollars.

What I saw in Jimmy’s eyes was like a blessing.  It was pure joy, and it was beautiful. My low spirits rose.

After the children had warmed up, I turned down the heater and we walked out together.  As I locked the door, I turned to the older brother and said, “How lucky that I happened to come along when I did.  If you’d stood there much longer, you’d have frozen.  But how did you boys know I would come?”

I wasn’t prepared for his reply.  His gaze was steady, and he answered me softly.  “I knew you would come,” he said.  “I asked Jesus to send you.”

The tingles in my spine werent from the cold.  I knew God had planned this.

As we waved good-bye, I turned home to a brighter Christmas than I had left.  Tom brought his friend over to our house.  Herman got out of bed; his father and sister came by.  We had a wonderful dinner and a wonderful time. 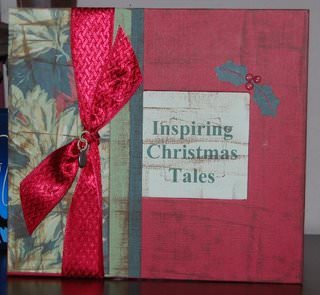